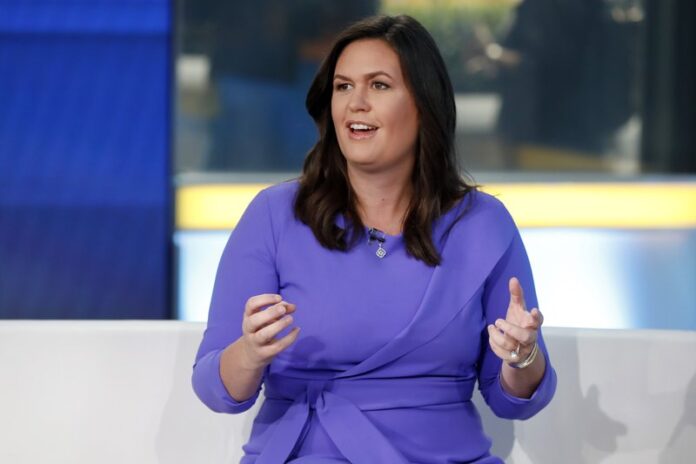 Sanders announced on Monday she was running for Arkansas governor with a nearly eight-minute video that embraced former President Donald Trump, even as the Senate prepares for an impeachment trial on charges he incited the deadly Jan. 6 riot at the U.S. Capitol.

The fundraising haul shows how much more expensive the 2022 GOP race for Arkansas governor will become with Sanders in it. Lt. Gov. Tim Griffin has raised $1.8 million since March for the race while Attorney General Leslie Rutledge has raised $1 million since July. No Democrats have announced a run for governor.

The three are running to succeed GOP Gov. Asa Hutchinson, who is barred by term limits from seeking reelection next year. Arkansas is a solidly red state, with Republicans holding all of its statewide and federal offices.

Sanders, the daughter of former Gov. Mike Huckabee, left the White House in 2019 to return to her home state. Trump, who publicly encouraged her to run for Arkansas governor, endorsed her candidacy on Monday night.

Sanders’ campaign released few details on the fundraising, but said she had contributions from donors in each of the state’s 75 counties. It also didn’t release any information on how much she’s spent since launch. The deadline for this quarter’s fundraising report, which will have more details on donors and spending, is in April.

Republican Sen. Jim Hendren, a nephew of Hutchinson’s, has also said he is considering running for governor and planned to make a decision within the next three weeks.

Facebook sorry for ‘primates’ label on video of Black men