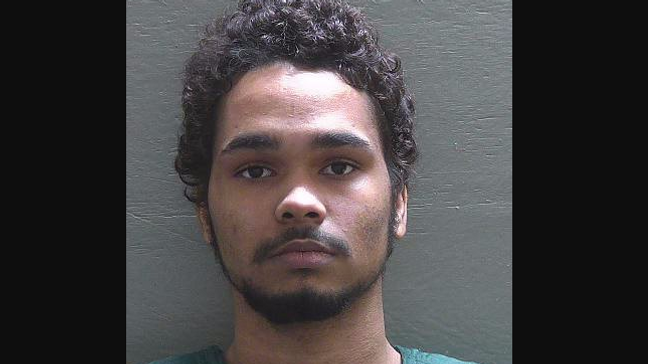 A sheriff’s report says John Wright of Pensacola had more than a dozen videos of children between the ages of 2 to 12 being sexually battered or engaged in sexual acts or poses on his phone.

According to the report, deputies received a tip from the National Center for Missing and Exploited Children that a computer or other electronic device distributed a child pornography video through a commonly used social media platform.

Investigators were able to determine Wright as a suspect based on an IP address, a social media account name, birthday and two email addresses included in the tip, the report adds.

The investigation revealed the 23-year-old is currently under investigation by ECSO Special Victims Unit for molesting a 12-year-old relative, the report states.

Deputies obtained Wright’s phone during a search of his home on Jan. 27.

Wright was arrested and taken to the Escambia County Jail, where he’s being held on a $265,000 bond.

He is charged with 17 counts of obscene material possession, and one count each of transmitting child pornography via the internet and using his cellphone to facilitate the crimes.

15-year-old shot and killed in Kingsessing, another injured in Mayfair

A woman and child are killed, and a man is injured in an MTA...