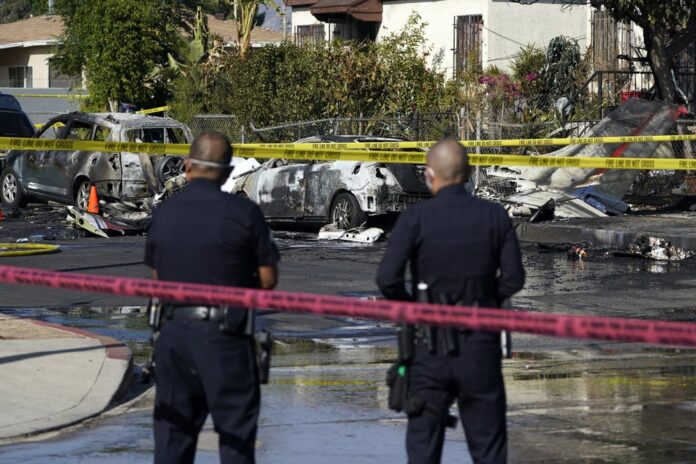 Officials said a small plane pilot and a passenger were killed when the plane crashed near North Texas Airport.

The accident happened around 1 in the afternoon. In a field across Texas 66 from Rockwall Municipal Airport. A single-engine Cessna 182 crashed after hitting a power line, according to a statement from the Federal Aviation Administration.

Rockwall Police First Lieutenant Aaron McGraw said in a statement that the plane had crashed into the nose on the ground, killing both passengers. He said the identities of the dead were withheld until their relatives were notified.

The National Transportation Safety Board and the Federal Aviation Administration will investigate the accident.

Ohio police search for killer of 8 members of one family

3-year-old boy critical after being shot in Minneapolis

Lawsuit seeks to block Arizona ban on Down syndrome abortion