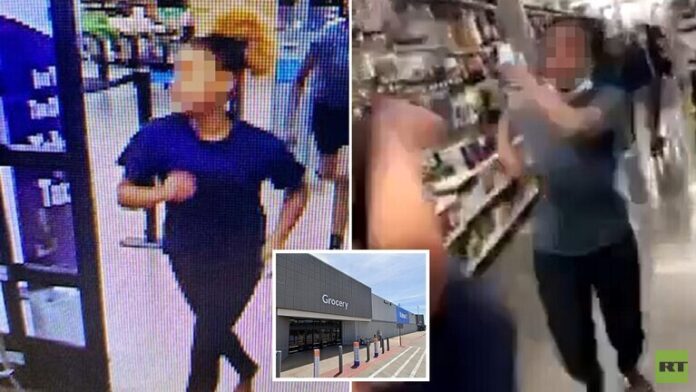 Four girls, ages 12 to 14, posted live videos on social media of their assault on another girl inside the Louisiana Walmart store in Louisiana.

This comes after the announcement of the death of the victim, who was 15 years old, in hospital.

In the deadly attack, the girls allegedly used a knife they stole from the store, and were spotted in the kitchen corridor just moments before the accident.

Video footage showed the stabbing, which was posted live on Facebook and Instagram, where a girl armed with what appeared to be a knife appeared, approached the victim and rushed towards her.

Videos also showed a group of girls running away from the store in a car, while one of them shouted: “I just stabbed someone at Walmart … We just stabbed that bitch in her heart.”

For his part, the district police official issued a call to parents to “control their children,” and said that the children had a problem with how they obtained weapons.

He added, “This is the third murder in 6 months that we have had, and it concerns young people between the ages of 11 and 16. They come from all backgrounds and ethnicities. This is just a problem that we face with children gaining access to weapons.”

He continued, “This is not something we can monitor ourselves with … I do not feel that this is a police issue. This is a parenting issue.”

Trump announces launch of his very own social media site

4 dead at Michigan fest; 3 were exposed to carbon monoxide

Vaccinations, masks, other guidance recommended for Johnson County schools ahead of 2021-2022 academic year