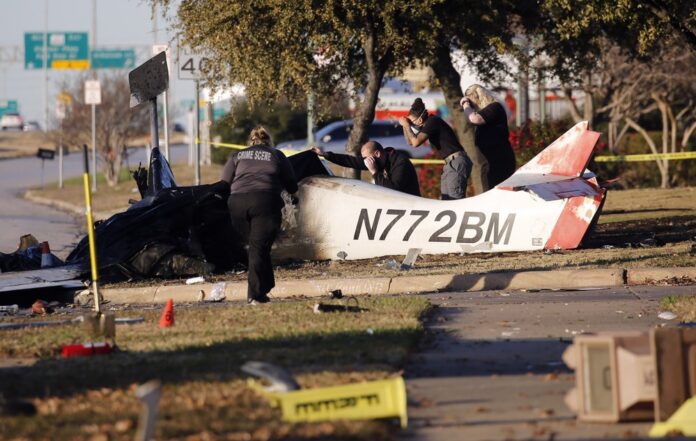 Authorities said two people were killed when a small plane crashed on a North Texas highway shortly after takeoff.

Robert Witt, chief of fire at Grand Prairie, said witnesses said the plane quickly crashed, hit a telephone pole, and then hit another 500 feet (152.40 meters) of concrete multiple times – before hitting a pickup truck that was on the road to service.

Fayette said the person in the truck sustained minor injuries and was taken to hospital as a precaution.

Fett said the plane caught fire after arriving to rest in a grassy area near the Sonic restaurant.

“The plane was in clear distress as it descended,” said Fett. We don’t know if this was an emergency landing or a catastrophic failure.

The firefighting officials said in a press release that the identities of the two people killed on board had not been released at this time.

The Federal Aviation Administration and the National Transportation Safety Board will investigate.

A man and a woman were killed in what appeared to be murder and...