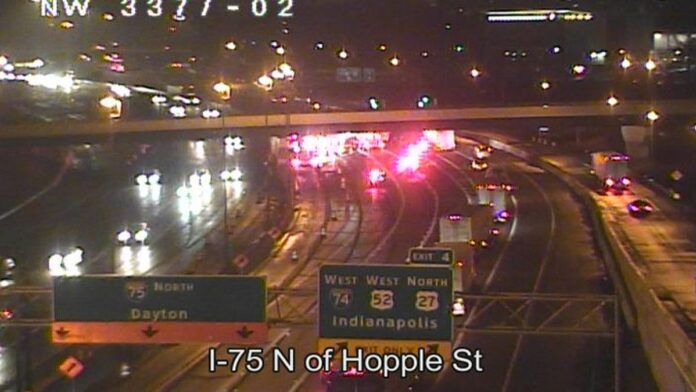 The crash on northbound I-75 in Cincinnati occurred around 6:30 p.m. Sunday. A stretch of the roadway was shut down for several hours while the crash was being investigated, causing some travel delays in the area.

The three female victims were pronounced dead at the scene, while another woman and a man were hospitalized with undisclosed injuries that are not considered life-threatening. The names of the victims have not been released, and authorities have not said who was driving the vehicle.

It’s not yet known what caused the accident.

A woman was found alive at a Michigan funeral home after her death was...