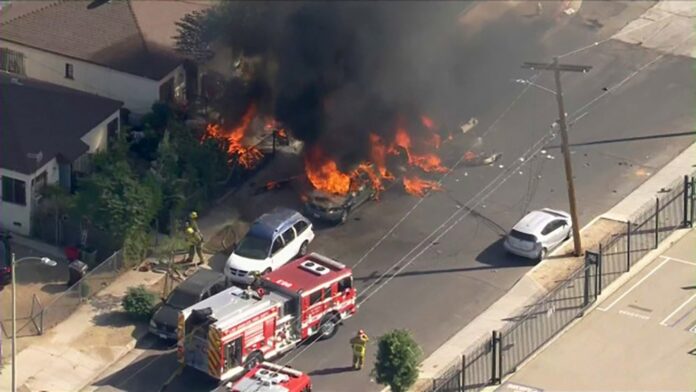 Authorities said a plane crashed into a house in southeast Michigan, killing the pilot and two of its passengers.

Five people inside the two-storey house in Lyon avoided injury. A fire caused extensive damage to the home, 40 miles northwest of Detroit.

The plane was heading to New Hudson Airport from the Cherokee County Regional Airport in Canton, Georgia.

The plane is owned by Aircom LLC. It is based in Novi. The news stated that the company is sharing a title with Compo Builders Inc.