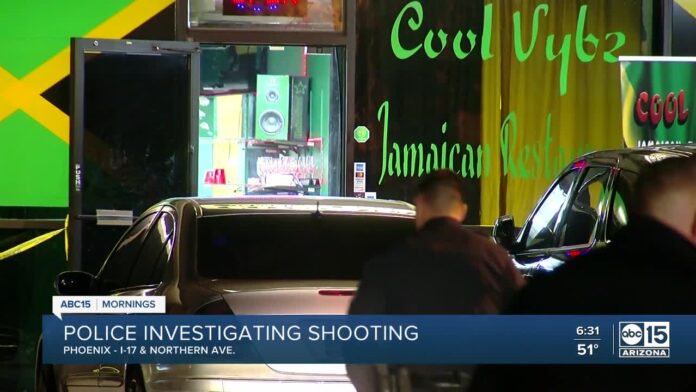 Several people were shot in a Phoenix Strip mall near 19th Street and North Street.

Phoenix Fire Department crews were called into the area around 3:00 AM.

Phoenix Police said that three men were found at the scene with gunshot wounds and taken to hospital for treatment.

Two additional men were found in a hospital and are believed to be connected to the same shooting.

Officials say preliminary information indicates that the men were in battle and exchanged fire.

Phoenix Police were seen investigating near Cool Vybz Jamaican restaurant, but did not provide details.

Baby formula recalled for not meeting FDA standards, not having enough iron

Missouri officer dies after being shot responding to call