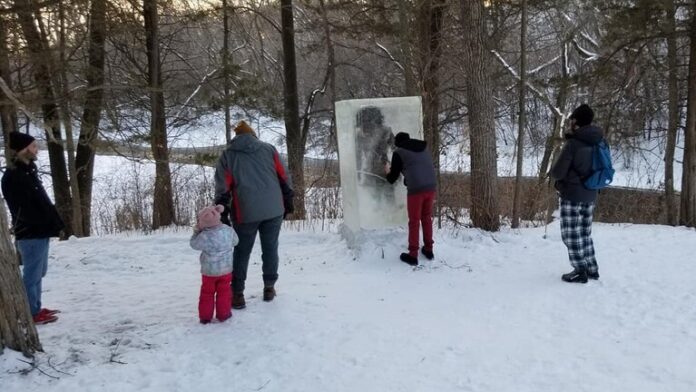 Hikers were surprised to find a frozen caveman beside the walkways of Minneapolis, Minnesota City Park.

The Snowman statue stands next to two paths in Tudor Worth and shows a caveman named Zug Zug covered in plastic that looked like ice.

Artist Zach Shomak has wanted to take advantage of the statue after storing it since it first appeared one night at a marketing event.

I used to go to my parking garage every day and see this thing looking at me, and it seemed to me that it was a shame to keep that piece of art sitting there.

Shomak created the artwork while collaborating with a local advertising agency and made it clear that he wanted to do something people could enjoy, so he and his friends put the statue in the park as a joke.

Shomak achieved his goal, with locals describing the statue as a pleasant surprise.

The art piece will remain in place until the snow melts in the garden. Shomak also hinted that snowman Zug Zug might have a “female companion” bride as well.

3 killed in a Dallas nightclub shooting