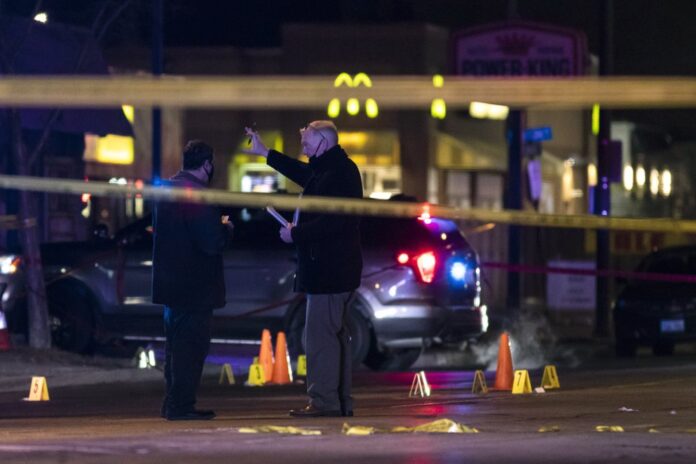 One suspect was shot and later died by Phoenix police, the department says, and eventually a child was rescued.

The shooting took place near 7th Avenue and Van Buren Street at around 3:15 pm. When the police said an unknown suspect was armed and fired a pistol while carrying a child near a hotel.

Police say the incident stemmed from a domestic violence case at a nearby hotel. A man and a woman were fighting, and the woman was the child’s mother, but it is not known if the man was the father of the child, but he took the child from her.

Police say: “As he was walking down Van Buren Street, he aimed his rifle at different vehicles. One of the cars was driving west on Van Buren Street and stopped when the man walked down the traffic lanes with the child.”

The police explained that the suspect went to a car and pulled the gun on the driver, adding that the driver saw him screaming and firing his rifle several times in different directions.

When the officers arrived, they reported seeing him firing his rifle.

“The officers gave the man orders to drop the rifle, but he refused. The man continued to ignore the orders to throw the rifle, pointing the rifle at the child and then at the officers. The officer shot the man with his rifle and stopped,” the ministry said.

The child has been rescued and is now safe with his mother. The suspect, Paul Bolden, 37, died in hospital, the department said.

None of the officers were injured.