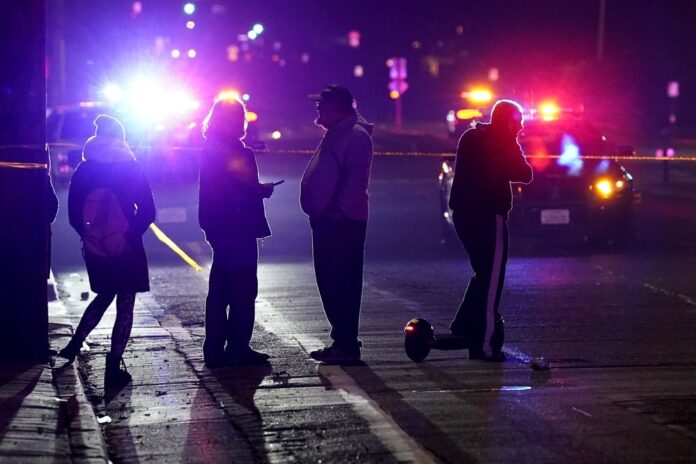 Calif. (AP) —A Sacramento County sheriff’s deputy was wounded and a suspect killed in a shootout in Northern California, authorities said.

The 47-year-old deputy, a 15-year veteran of the department, was taken by a fellow deputy to the hospital where he remained Saturday, Sgt. Kionna Rowe told the Sacramento Bee. She had no information on the extent of his injuries.

The shooting occurred shortly after 8:15 p.m. in an apartment complex in Carmichael, about 10 miles northeast of downtown Sacramento. Rowe said one suspect died at the scene and a second was taken into custody.

The sheriff’s office, joined by Sacramento police and the California Patrol, searched the area until about midnight for other suspects. Meanwhile, residents were urged to stay in their homes.

“It’s definitely an active scene — it’s an active and ongoing investigation,” Rowe said. “We have several of our homicide detectives here, we have our crime scene investigators that have taken over the scene to really try and figure out what led up to this incident.