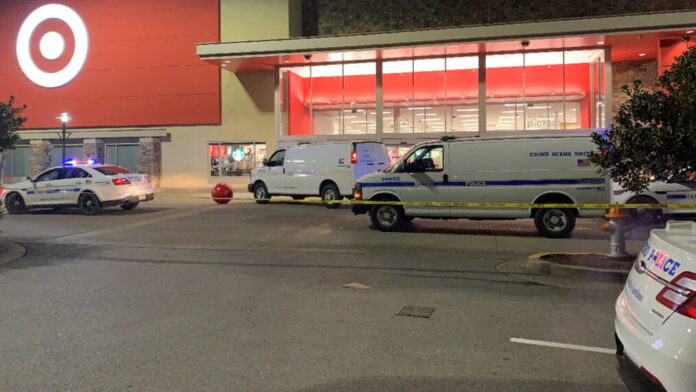 A fatal shooting occurred inside the target in West Nashville in Charlotte Pike.

Nashville Metro Police told that a 40-year-old man died after being shot outside the electronics department before 7:30 p.m. Several shots were fired.

Suspect shooter David Van Dyck, 29, surrendered after he had already gone out with the evacuees. After clearing the MNPD, say he put a pistol in a container.

Police say they believe the shooting was a target.

The store has since closed.

More details emerged in a fatal shooting incident at a target along Charlotte Pike in western Nashville.

David Van Dyck, 29, was identified by Metro Police as the shooter and charged with premeditated murder.

According to an affidavit, Dyke shot the 40-year-old victim once from a distance and then several times while on the ground. The death of the victim was announced at the scene.

Police said surveillance footage showed the shooting inside the West Nashville Shopping Plaza store. Police also said that a video clip showed the suspect dropping a gun at a planter outside the store.

The police evacuated the agents and it appears that Dyke has pulled out with those who evacuated.

Police said Dyke transformed himself into officers by appearing in the back of the store where he was held.

There is no information on the cause of the shooting at this time.

Netherlands halts use of AstraZeneca vaccine for people under 60