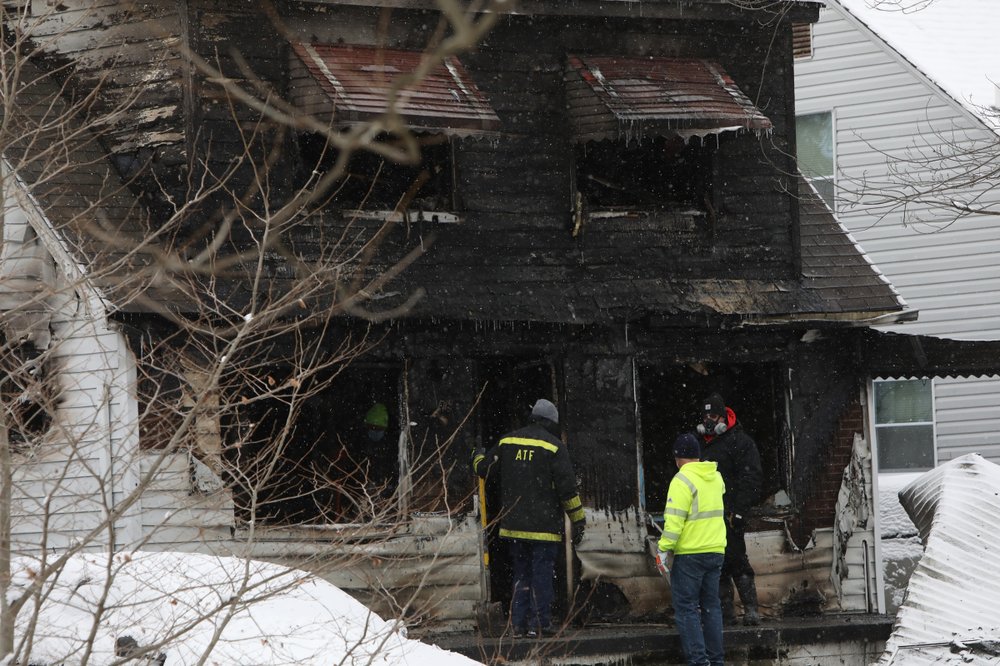 A mother escaped a fire by jumping out of a second-floor window while carrying her 3-year-old child in her arms, but her 4-year-old and 6-year-old did not emerge alive from their home on the East Side of Detroit, fire department officials said.

Two other children from the same family, ages 8 and 10, were severely burned.

The Detroit Fire Department said the two dead children were found in the front living room of the two-story home.

The two children, aged 8 and 10, suffered third-degree burns and were in critical condition in the hospital’s burn unit. The Detroit Free Press reported that Fornell said later on Friday that the two had apparently fled from the first floor. Earlier reports quoted officials as saying they may have also jumped from the top floor.

Fornell said the mother and the 3-year-old boy were taken to hospital, but they did not sustain serious injuries. He also confirmed that the woman was the mother of all five children.

The firefighters responded to a call shortly before 9 am.

The cause of the fire has not been determined.

“It might have been electric, Christmas tree or kids playing with matches,” said Fornell, “but that’s not suspicious.”

Comedian Tim Dillon to perform at the Fox

Biden to address nation on chaos in Afghanistan