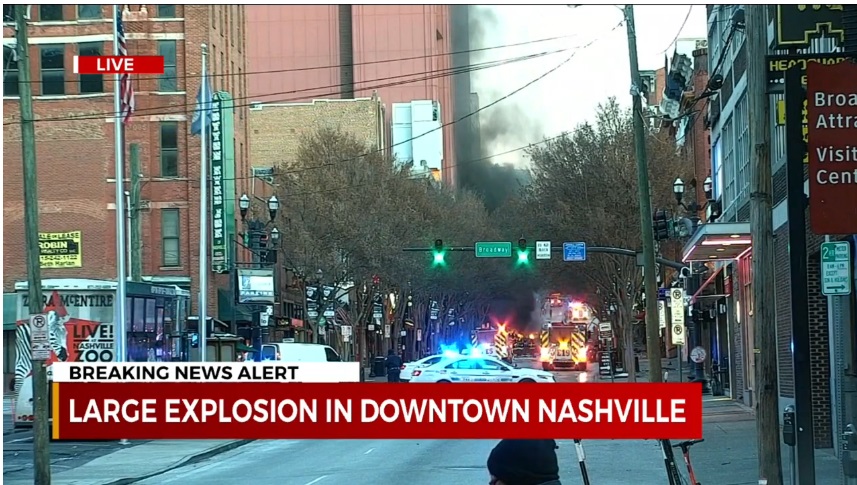 First responders at the site of an explosion in downtown Nashville on Christmas morning.

It exploded in the Second and Trade Street area, causing nearby buildings to be destroyed.

Video from the scene showed thick black smoke billowing into the air.

One man lives nearby. He said he heard what appeared to be an exchange of fire before the explosion. This explosion was extremely powerful, and could be felt from many miles away

So far, no reports have been received