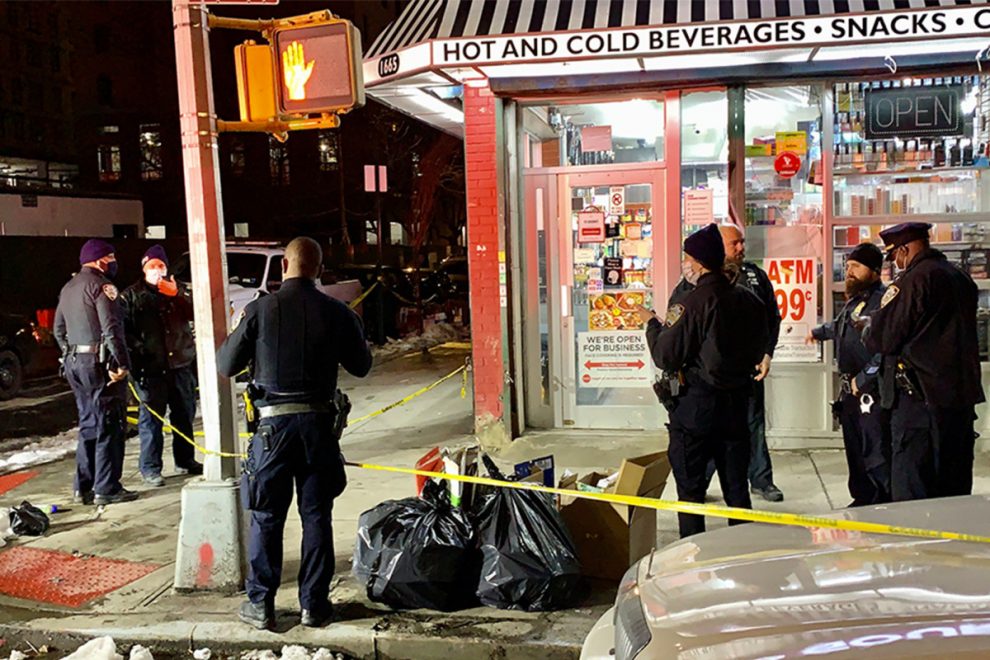 Police said a 24-year-old man was shot in the head inside a liquor store in East Harlem and died.

The victim was with a group at R&C Wine & Liquor on East 111th Street near Madison Avenue at about 9:40 pm, when an altercation broke out, according to preliminary information obtained by the police.

“It happened very quickly – within a minute,” said Yi Shi, 30, who was working in the store when the bullets fired.

The employee was helping one of the agents when a group of six or seven people entered and “started to fight … push each other,” he recalls.

“Then he heard gunfire and everyone started running out,” Shi said, including the victim, who appeared to have collapsed somewhere outside.

The authorities found him shot in the head. New York Police said he was taken to Harlem Hospital Center and pronounced dead.

The victim was not immediately identified. No one was arrested until late Tuesday.

Pictures from the scene showed the corners of 111th Street East and 110th Street East of Madison Street surrounded by yellow police tape and several NYPD officers in the area.

The liquor store worker, shy, did not leave the store around 11:30 PM, the police also investigated.

“I thought it was just a BB pistol,” he recalled hearing the shot, adding afterwards, “I looked at the ground and there was a bullet shell.

Hours earlier and across town, a 44-year-old man was shot in the head and died around 5:45 p.m., on Seventh Avenue between West 132 and 133 Streets in Harlem.