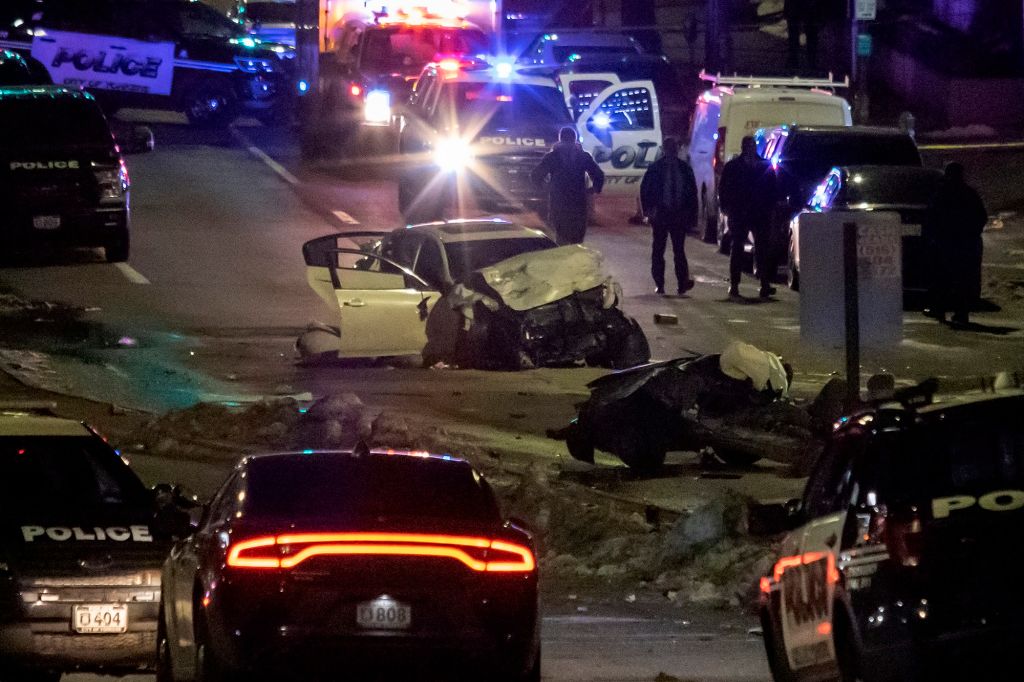 Five people were killed after a terrible accident in Yonkers, New York late at night. It happened around 9:30 pm. On Riverdale Street on Culver Street.

Yonkers police say the accident involved two vehicles. The Infiniti sedan had a driver and collided with a Nissan sedan in 2006, with four 18-year-old Junkers inside.

Police say the Infiniti was traveling irregularly down Riverdale Street. When the officers tried to stop it, they said the driver took off at “top speed” and collided with the second vehicle.

The force of impact split Nissan in half. The four men in a Nissan vehicle were thrown from the car and died at the scene. They have been recognized. Brandon Sierra, Randy Brisbane, Tamari Watkins, and Anthony Cruz.

Infiniti driver, 36-year-old Devon Haywood from Mount Vernon, was taken from his car and taken to a local trauma center in the area where he succumbed to his wounds.

A video clip from the scene showed a car that appeared to be cut in half and debris scattered over a wide area.

“The car accident that happened last night on Riverdale Street was tragic. Four young souls were killed by the recklessness of one individual,” said Yonkers Mayor Mike Spano.

3 dead, 1 hospitalized after a fire in Mobile Home Park