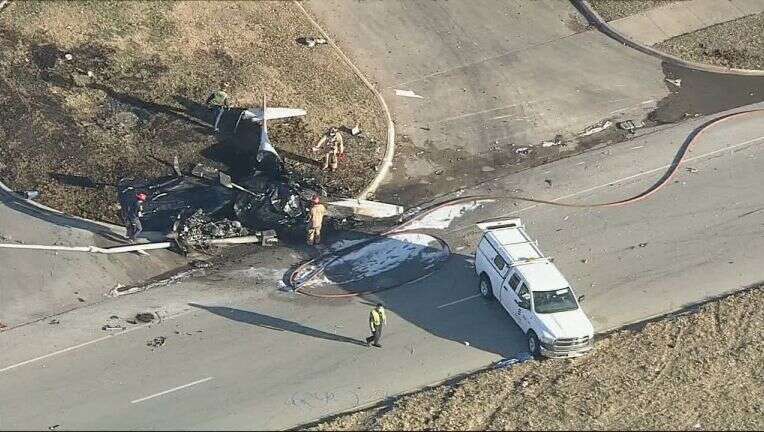 Two people were killed when a small plane crashed along the Texas 360 Service Route in Grand Prairie.

The plane took off from Grand Prairie Municipal Airport at 2:45 pm. And it crashed about five minutes later, according to Grand Prairie Fire Team boss, Robert Witt.

The plane was heading north when it collided with a service pole near a northbound service road Texas 360 near East Mayfield Road, near Sonic’s restaurant.

Fett said the plane then hit the ground and hit a nearby pickup truck, where it caught fire. Both people were killed on board. No further information was released about the victims.

One person inside the truck was treated for minor injuries. No one else was injured.

The cause of the accident was not known yet. Fayette said the plane originally departed from Denton earlier in the day before landing at the Grand Prix.

The northbound service road between Mayfield Road and East Arkansas Lane is closed.

The Federal Aviation Administration is leading the investigation.

19 years old, arrested in the shooting accident of Annie Nittles

A girl, 16, was shot on the western side