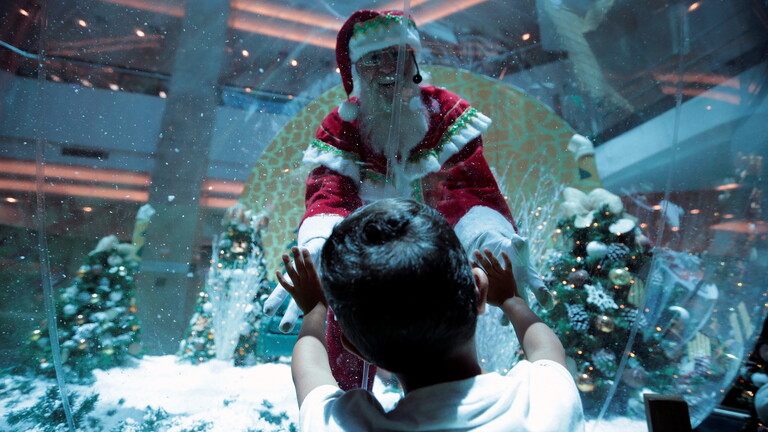 Santa Claus (Santa Claus) and “his wife” Mama Noel in Virginia contracted the Corona virus without their knowledge, which caused dozens of children to be quarantined and dropped out of school for two weeks.

History will preserve the fact that Santa Claus in the year 2020 did not bring Christmas gifts to the children, as usual, but also brought them the Corona epidemic as it happened in this city, the friction of this mythical figure, with his cotton beard, his usual red clothes and his conical hood, decorated in a bright white color as snow, Which visits children every end of the year loaded with wonderful gifts that break their breath to a mobilization among families and local medical interests. The panic occurred after analyzes revealed that Santa Claus and his “wife”, the woman who was with him dressed as Mama Noel, were carriers of the Corona virus. Consequently, they may have transmitted the epidemic to the multitudes of children who came to present them with their list of desired gifts.

As soon as Santa Claus was confirmed and accompanied by the virus, it was decided to isolate more than 50 children for a period of 14 days

The side effects of Santa Claus’s visit to children this year were not limited to Virginia, nor was it an exceptional case, but in the middle of this month Belgium witnessed a similar case, where a local Santa Claus infection with Corona without his knowledge led to the transmission of infection to at least 75 elderly people in a care center for the elderly.