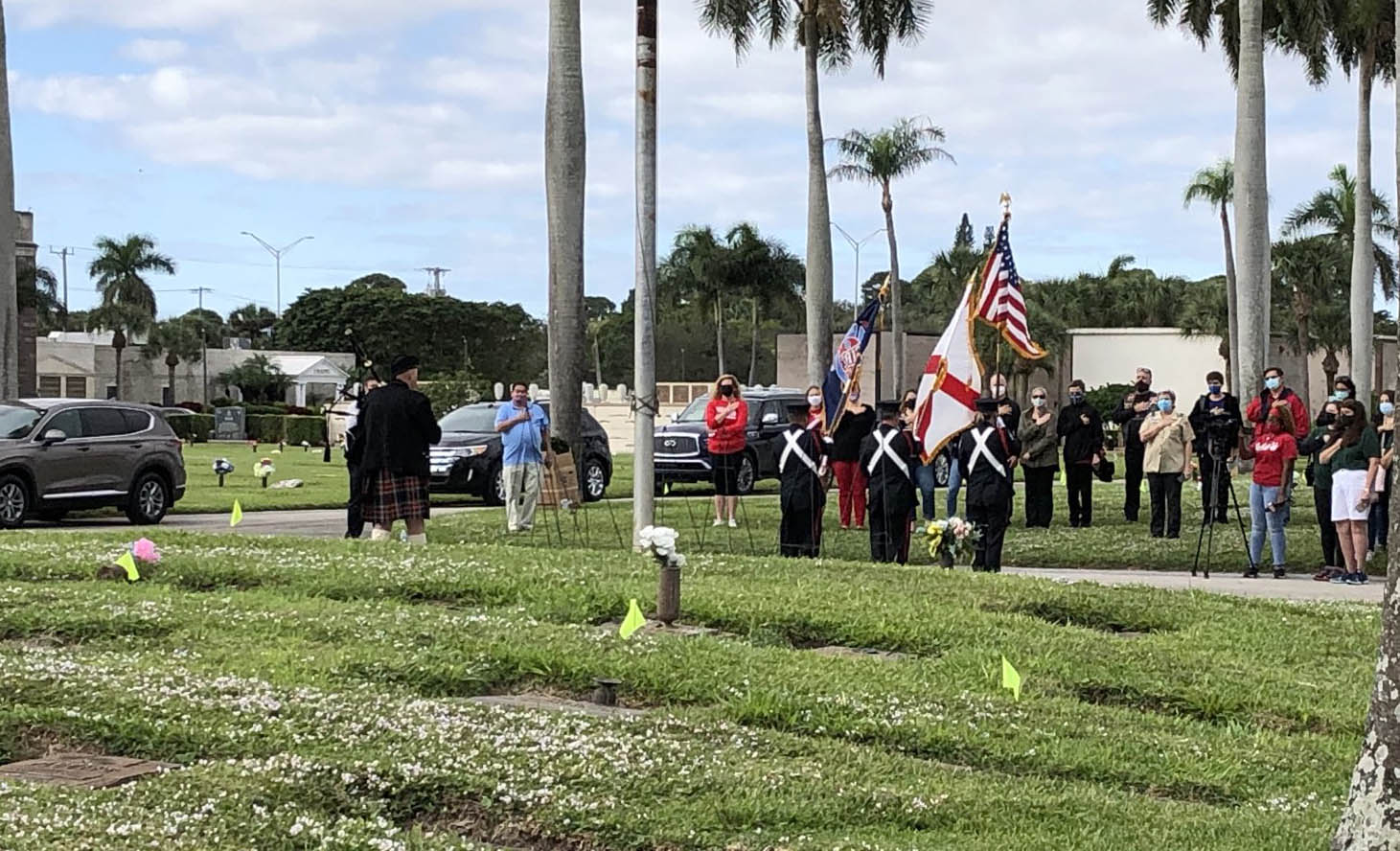 The community honored veterans at a private ceremony in Lantana, Florida, but that might not have happened were it not for the generosity of a middle school student from our area.

Austin Regal, 14, said, “I love my country, so I wanted to return the favor to the veterans, the people who stood up for our freedoms.”

Regal took Boca Raton and his 10-year-old sister Lauren some time to honor their veterans by laying a wreath on the graves of many of the veterans. Austin donated $ 1,300 of his own funds to help make the event possible.

He said, “Most of them are birthdays and holidays that I have saved.”

Austin’s father, who served in the Marine Corps, offered another $ 1,300 and that was enough to pay for all the required wreaths. Organizers were anxious as only five of the 200 wreaths were purchased by patrons.

“We had a very short time. But it became a very important project for him, so he asked if there was a way to support him and try to help reach the goal of 200 (wreath),” said Robert Regal, Austin’s father.

Robert said he could not be more proud of his son.

“All these warriors have died for us, we do it for our freedom and it is important to show respect to them,” said Lauren Regal.

The organizer is pleased Austin has come forward to help make sure this event takes place.

It’s a blessing. “I hope there are more people like these who always honor our veterans,” said Millie Toro, General Manager at Palm Beach Memorial.

Next December, the cemetery hopes to throw another party just like this one, but find a way to get more wreaths to honor more veterans.

Woman killed in California skydive had made 2,000 jumps