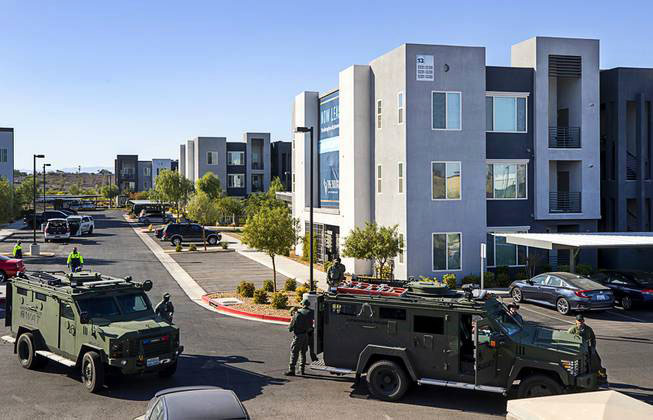 Police said four people were killed and another wounded in a shooting incident involving police in Henderson.

At around 11 AM, a caller reported 911 at The Douglas at Stonelake Apartments, 1445 Stonelake Cove Ave. , Near Stephanie Street and Wigwam Parkway, about hearing gunfire and seeing “someone with a possible gunshot wound at a nearby entrance,” Henderson Police Department captain. Jason Cosik said.

When the officers arrived, they found two people with gunshot wounds. Kosik said police had also found a “potential suspect” in a nearby car.

He said, “The officers tried to contact this person and this call resulted in the shooting of an officer.”

Kosik said that five people were “involved in this incident,” and four died, including a “potential suspect” who was shot by police. The condition of the injured person was not clear on Tuesday afternoon.

It was also unclear how many people had been shot by the police, or whether the man identified as a “potential suspect” was injured before the police arrived.

Cosik said more information was not immediately available, but that the ministry intends to issue a statement

Afghans in India call for refugee status after Taliban blitz

EU warns Taliban it has not recognized their regime