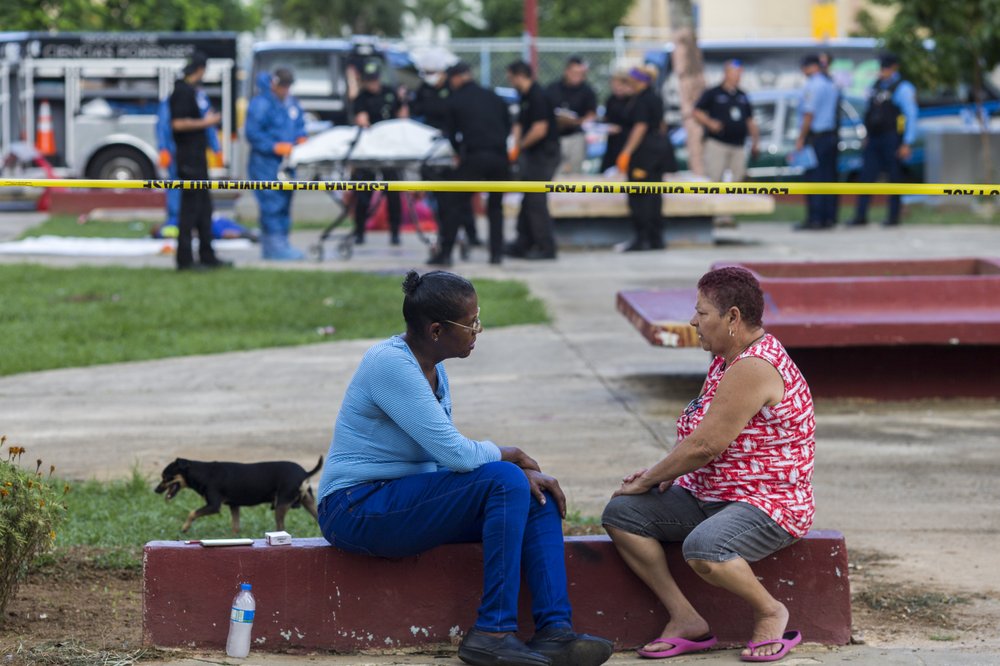 The governor of Puerto Rico called an emergency meeting after six people were killed in a mass shooting at a housing project in San Juan, and a shooting killed two people the previous day in the north of the island.

Automatic gunfire and screams can be heard in the videos circulating on social media of the shooting at the Rio Piedras project. A police statement said that the violence resulted in the deaths of five men and a woman. This followed the killing of two people in the city of Guinabo.

After the meeting, Roman said the National Guard would not be activated because police reform requires officers to have training that guards do not have. He indicated that increased air and ground patrols and the strengthening of social programs were discussed.

“We will witness more patrols while this issue is clarified,” he said. “There will be security and control.”

Officials said a patrol assigned to the residence in Rio Piedras was not present at the time of Monday’s shooting but at a nearby housing project.

The Minister of Justice said that three prosecutors have been sent to the scene.

“This is a complex crime scene,” said Longo. “We need time and space to conduct a thorough and thoughtful investigation.”

A person was killed in an attempted robbery in Austin

Do ATVs belong on roads? Towns are abuzz on perks, drawbacks