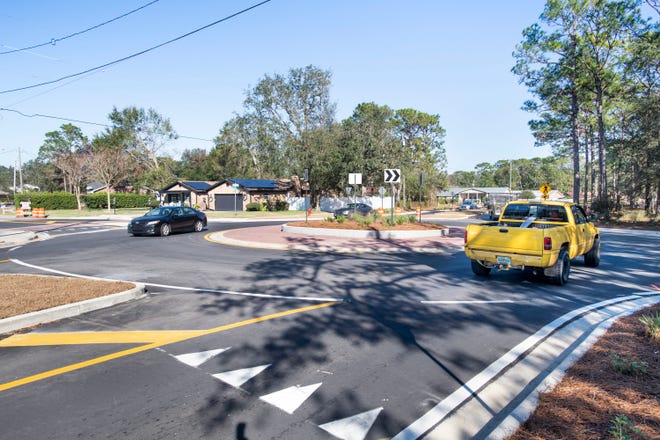 A new roundabout has been officially completed at Langley Avenue and Hilltop Drive.

Pensacola Mayor Grover Robinson joined Councilor Jennifer Brahier and other city officials at the intersection to cut the ribbon and announce the completion of the city’s first roundabout.

The $ 633,000 roundabout was built in response to feedback from the neighborhoods around Hitzman-Optimist Park as the city developed its plan to build three new football fields in the park in the former YMCA building.

Traffic leaving the parking area to the football pitches will use the roundabout to turn onto Langley Street or Hilltop Drive.

Panhandle Grading and Paving Inc. The traffic department was established in July and completed the project this month.

While the project represents the first roundabout in the city, it will not be the last.

The Florida Department of Transportation is currently building a roundabout to handle traffic at the intersection of 17th Street, Bayfront Parkway, and Gregory Street as part of the new Pensacola Bay Bridge project.