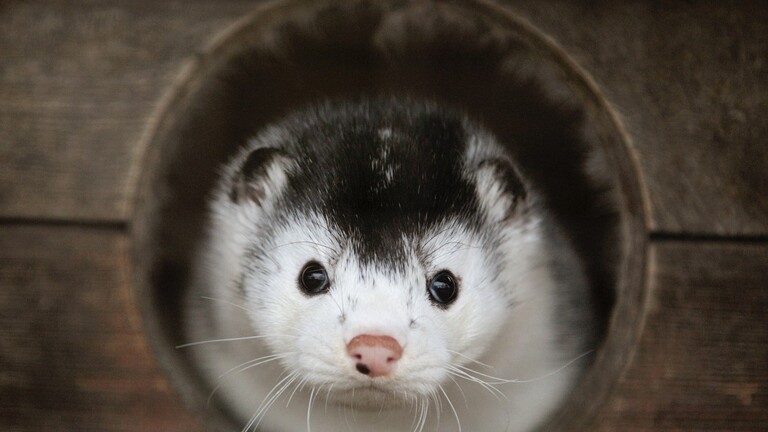 The National Veterinary Service of the United States Department of Agriculture confirmed the first case of coronavirus infection in a wild animal, as the virus was found in a mink in Utah.

The American Authority on Animal and Plant Health stated that the infection was discovered in a wild animal during an epidemiological study in the vicinity of a mink farm, in which cases of infection with the Coronavirus were detected.

This is the first wild animal released, confirmed to be infected with the SARS-Cove-2 virus, according to a statement by the competent American authority.

It is noteworthy that information about this infection was transferred to the World Organization for Animal Health. At the same time, according to this American authority on animal and plant health, there is no evidence yet that the causative agent of “Covid-19” is spreading among wild species that live near mink farms.

It is worth noting that “Covid-19” was found on many mink farms. The World Health Organization reported earlier that the “SARS-Cove-2” virus was recorded in mink animals in six countries, namely, Denmark, the Netherlands, Spain, Sweden, Italy and the United States.

Corona virus was also discovered at the end of November among mink animals in Poland, and in December in Lithuania.

More than just a slogan, ‘No shooting zone’ signs appear in Charlotte neighborhoods

Two people were killed in a daytime shooting in Baltimore