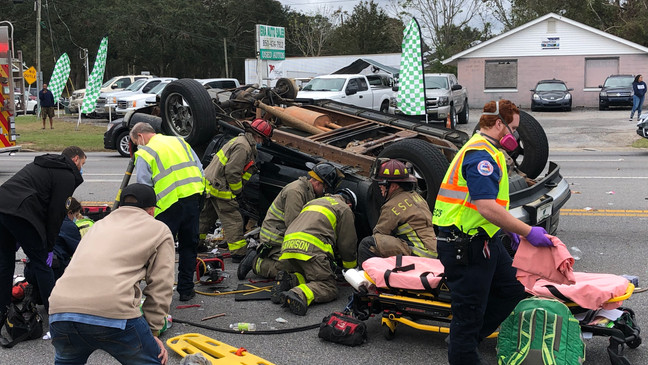 The accident of the two cars occurred around 12:15 p.m. On W Street near Pensacola Wholesale and Van Pelt Lane.

A truck has capsized and the driver is trapped inside. First responders managed to get a 59-year-old Pensacola man out of the car.

The man remained conscious and responsive the entire time. He was taken to hospital with severe injuries.

The driver of the other car – who FHP says failed to surrender and collided with the truck – was taken to hospital as well. The 58-year-old Pensacola woman was slightly injured.

Woman, 31, hiking in Zion National Park dies overnight in the Narrows as husband...

WHO expert ‘had concerns’ about lab close to 1st COVID cases

Omaha police say woman killed when car she was in flipped