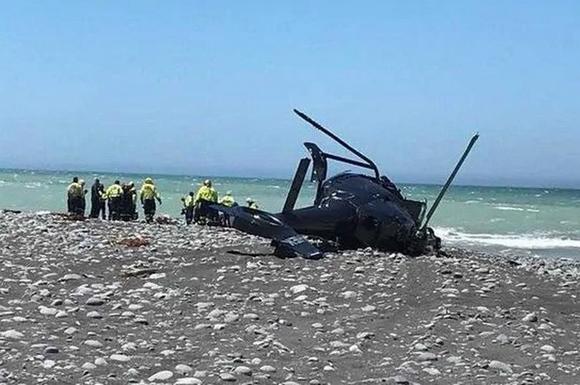 Two people were killed in a helicopter crash as three children were pulled out alive from the rubble, according to reports.

Local residents watched, in terror, the helicopter crashed on the beach in North Kaikoura, New Zealand, and an eyewitness said it was “completely destroyed.”

Three people are reported to have been airlifted to hospital with serious injuries.

Lyn Martins, owner of Coastal Lodge, said the helicopter went in circles as it fell to the ground.

“It’s scary. You’re just so helpless. You can’t do anything.”

Local residents tried to help until emergency services arrived at the scene.

“No further details of the dead and injured, including ages and genders, will be revealed until all necessary family notifications are implemented,” police said in a statement.

He said, “We were having conversations with them, it was not a correct conversation but they know their names and how old they are.

“The three injured were young … they were not adults, I say children, and definitely children.”

The emergency services were alerted to the accident at 12.40pm.

Investigators are working to determine the cause of the accident.

Car fire slows traffic on I-74 near Goodfield