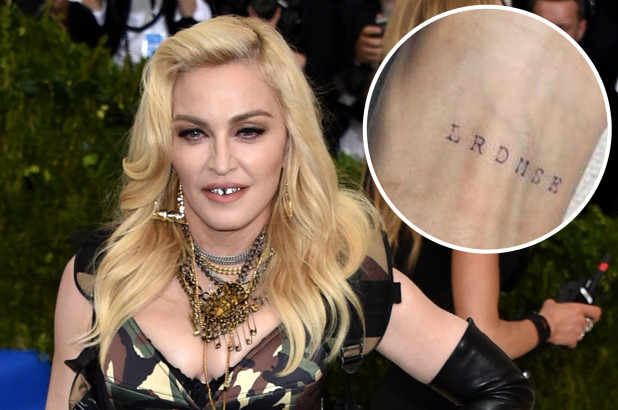 There is a first time for everything.

Madonna, 62, introduced a new wrist tattoo with the letters “LRDMSE”, in honor of her family.

The ink represents a mother’s first tattoo of six children and includes one initial for each of her children: Lord, 24, Rocco, 20, David, 15, Mercy, 14 and 8, twins Esther and Stella.

She posted photos documenting every step in the process – from her consulting with East Iz tattoo artist at Shamrock Social Club in Hollywood to the final design.

In the pictures, the “Material Girl” singer is still rocking the bright pink hair that she debuted in October.