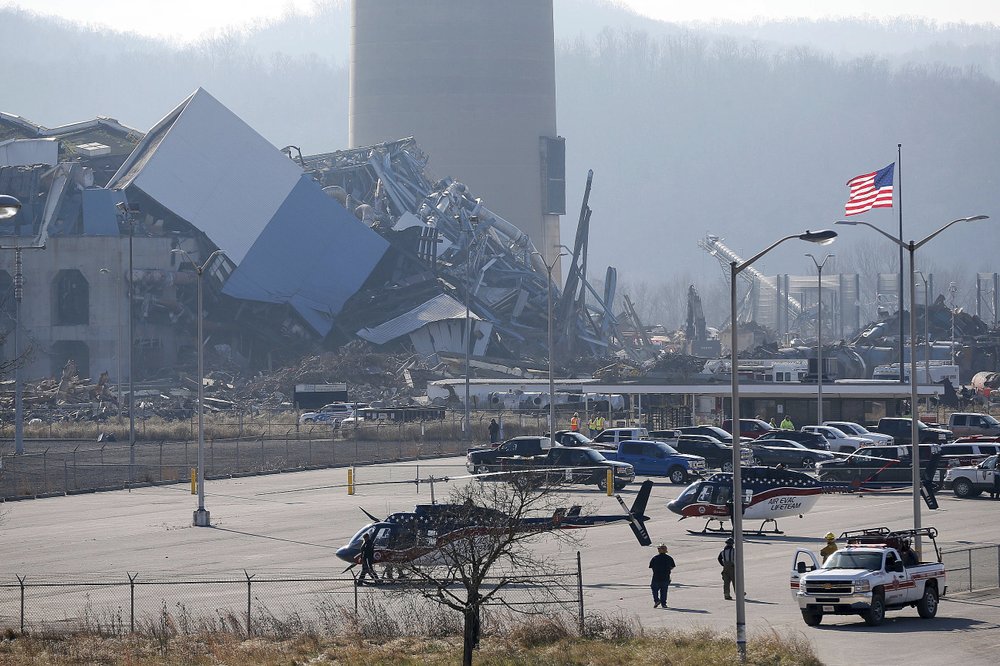 Work crews have recovered the body of a worker missing since the collapse of a power plant in southern Ohio early.

The man was found dead under the rubble of the Keelen maternity station in Manchester on Saturday. The other man was still missing.

Detroit-based Adamo Group workers were leading the search efforts. The authorities said the rescue effort had turned into a rescue mission.

Crews were using heavy equipment to sort out the rubble. Three other trapped miners were rescued within hours of the collapse and taken to hospital. Their status has not been announced.

It was not known what caused the collapse of the station. The coal-fired power plant opened in 1982 and closed in May 2018. It is located 75 miles (120 kilometers) east of Cincinnati. Media reported that it was to be demolished.