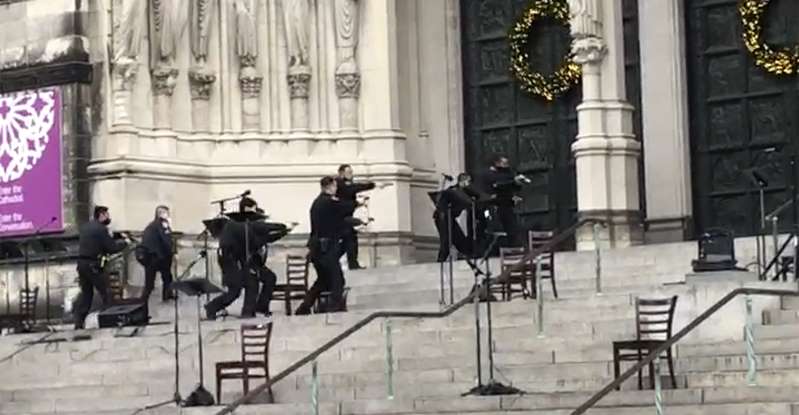 Police shot a man after he rang gunshots at the end of a Christmas choral party on the stairs of a cathedral in Manhattan. It was not clear if the gunman was killed, and the police said there was no indication that anyone was there except shooting the gunman. The shooting happened shortly before 4 pm. In the cathedral Church of Saint John the Divine, the mother church of the New York Archdiocese and the seat of its bishop.

The 45-minute concert had just concluded and people started turning away when I heard a series of shots, causing people to run down the street shouting. Officers, who were ready to provide security for the event, quickly moved in and shot the gunman, whom the police believed was armed with a rifle.

The man was taken to hospital in critical condition.

Nowhere to be socially distant: US prisons at 103% capacity, understaffed amid pandemic

father raped a girl after watching an exercise