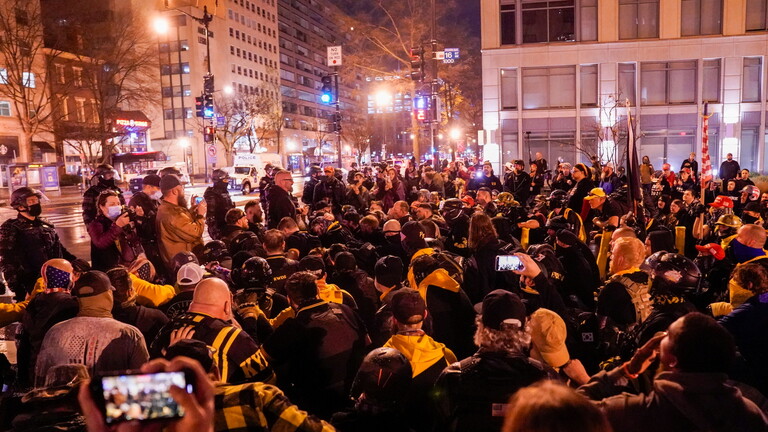 Washington authorities announced that at least four people were stabbed, overnight, in clashes between supporters and opponents of the country’s president, Donald Trump, amid protests over the election results.

The office of Muriel Bowser, Mayor of Washington, DC, said that ambulance and emergency units had removed eight people from the protest area since about 7 pm: the four victims of stabbing, who were said to be in critical condition, in addition to two police officers and two other people, who were lightly injured.

The mayor’s office said that “at least 23 people were arrested during protests under the slogan (Stop theft).”

He added: “Six people were arrested on charges of assaulting police officers, 10 were arrested for simple assault, 4 in riots, two for crossing a police line and one for possessing a prohibited weapon.”

One shot, one wounded in Maryland