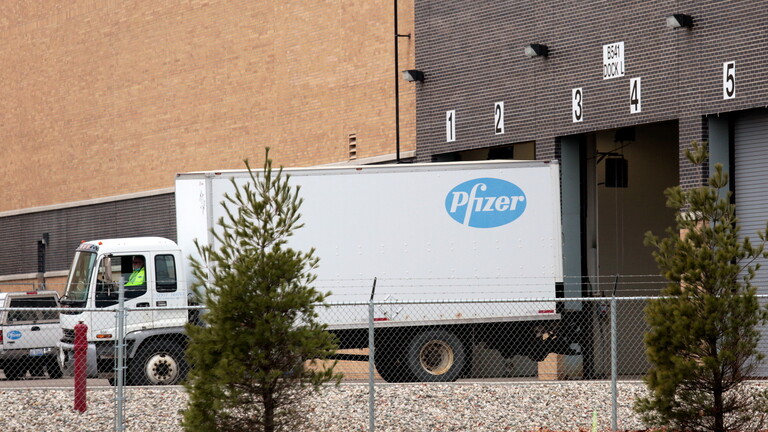 The United States begins distributing the “Pfizer” anti-corona vaccine, and a convoy of trucks loaded with suitcase-sized containers containing the vaccine will start, announcing the start of the distribution process.

The trucks are heading from the company’s manufacturing complex in Kalamazoo, Michigan, to aircraft close to the factory, which will in turn transport them to the air cargo centers of United Parcel Service and FedEx, in Louisville, Kentucky, and Memphis, state. Tennessee, “and will accompany cargo security officers from its exit from the factory until it reaches its final destination, as each container of dry ice refrigerated containers contains up to 4,875 doses of vaccine.

It will be transported from there by trucks or planes for distribution to 145 sites designated by the United States to receive the first doses.

It was also decided that health care workers and elderly people residing in nursing homes would be the first batch to be immunized with the vaccine.

Pfizer requires keeping the vaccine at 70 degrees below zero.

On Friday, the relevant US authorities approved the use of the vaccine produced by “Pfizer” and “Biontech”, against the Corona virus.

The body of the newborn was found behind Az. Strip Mall

Rescuers racing in Haiti as storm threatens to follow quake

Off-script Olympics: Wins, losses, and a whole lot of improv