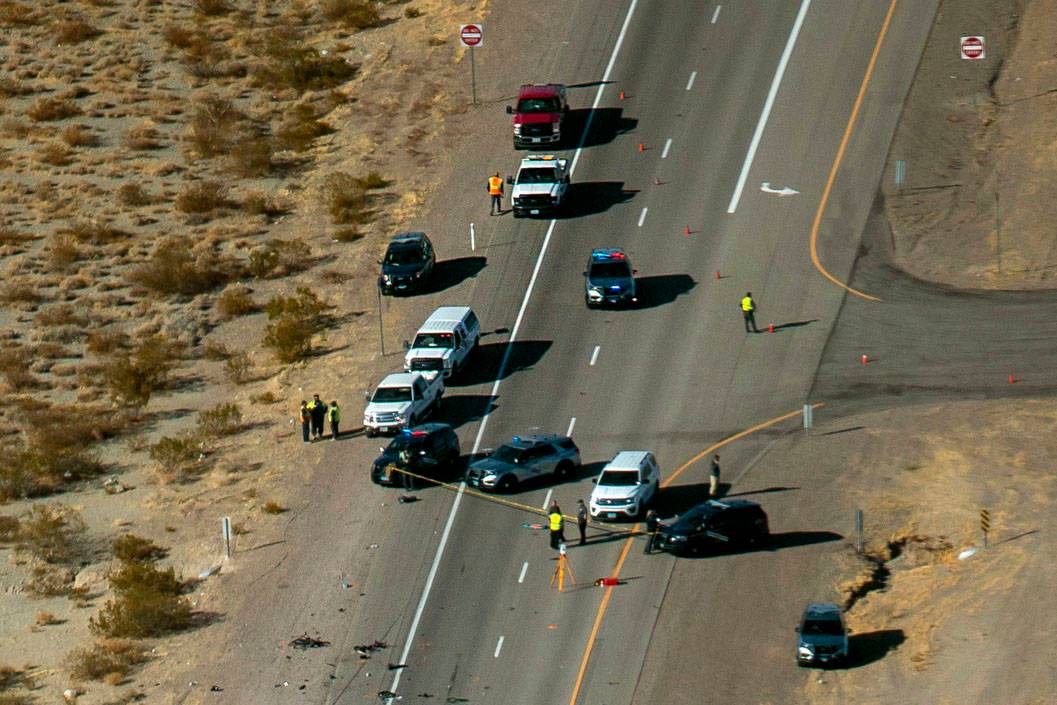 Five cyclists were killed and several others injured after a box truck hit their group in a “terrible tragedy” outside Las Vegas, authorities said.

A group of cyclists were riding bicycles and had a dedicated Subaru hatchback “safety car” to follow when they rammed around 9:30 a.m. on Southbound Interstate 95 near Mile Marker 36, according to Travis Smacka of Nevada Highway Patrol Trooper.

Samaka said that a truck heading south “entered a group of cyclists, and some of them were traveling behind the safety cart and were injured. The safety vehicle was also bombed, as well as some cyclists in front of the safety cart.”

The five cyclists were announced to have died at the scene south of Boulder and north of Searchlight. Officials said a cyclist was seriously injured and airlifted to the University Medical Center.

Officials said an uninjured truck driver remained at the scene and cooperated with investigators, and disability did not appear to be a problem.

A long section of Interstate 95 southbound was closed soon after and did not reopen until around 3:15 PM, according to the Department of Transportation.

Interstate 95 is a well-run road in southern Nevada, and locals often use it to get to Laughlin or Lake Havasu.

“I was astonished to hear this news this morning,” Gov. Steve Sisolak said in a statement. “Cathy and I are sending all our love to the affected families and to those on site who are responding to the situation.”