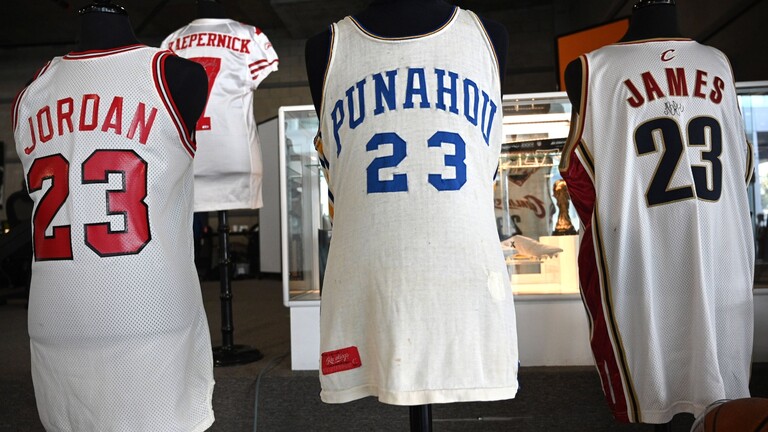 Julian’s auction house said T-shirts worn by players such as basketball star Michael Jordan on important occasions and that worn by former US President Barack Obama were sold at record prices during an auction.

The NBA jersey awarded to Jordan on the day he signed for the Chicago Bulls in 1984 was sold for $ 320,000, the highest price for a shirt for Jordan.

Julians said that the basketball shirt Obama wore in 1979 during his final year at Punahoe School in Hawaii sold for a record price of $ 192,000.

The number 7 white jersey worn by former NFL Colin Kaepernick in 2011 during his first match with the San Francisco 49 team was sold for $ 128,000.

Kaepernick was one of the most prominent and controversial sports figures in the United States. In 2016, he kneeled during the playing of the US national anthem to highlight police brutality, and the gesture would later inspire the Black Lives Matter movement, which calls for an end to violence against blacks.