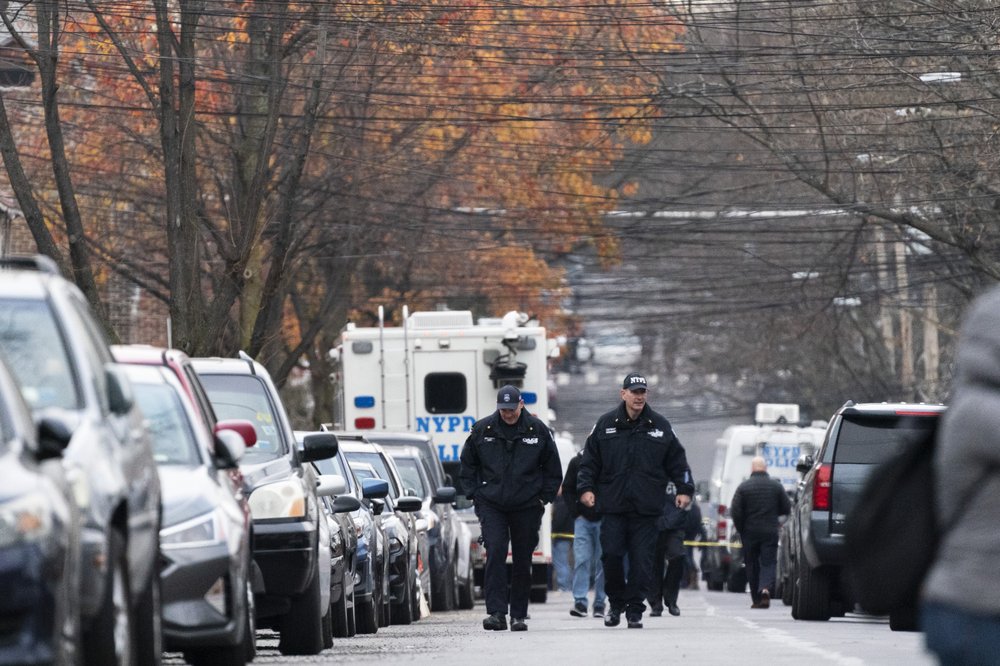 A fugitive shot a Massachusetts soldier in the hand during a traffic stop two weeks earlier in the early hours of the morning was killed during a gun battle with US guards in New York City, wounding two officers.

The two deputy marshals injured in the standoff were treated at 5:30 am in the Bronx, and was expected to recover.

Officials said in a prepared statement that André Sterling, 35, was killed in a shootout. He was wanted to shoot a Massachusetts soldier.

Late in the morning, city police continued to lock down a four-block block in the tree-lined Bronx neighborhood of brick and single-family homes.

Sterling was searched for in the shooting of a 28-year-old soldier during a late-night traffic stop in Hyannis, Cape Cod.

Pvt. John Lennon was taken to hospital after a shot went through his right hand and appeared to have hit his ballistic jacket. Lennon was released from the hospital several days later.

Three guards looking for Stirling were shot as soon as they entered the Bronx home where they believed Stirling was located, according to a law enforcement official who was not authorized to discuss the incident publicly and spoke to the Associated Press on condition of anonymity.

Federal officials said a Fugitive Regional Task Force Representative in New York and New Jersey was hit in the leg, and another was wounded in the arm and leg.

Four Massachusetts soldiers were at the scene to preserve the perimeter.

The official said he found the gun and arrested another man who was in the apartment.

Stirling had two additional warrants in Massachusetts on charges including identity fraud and assault and beating a police officer, and was wanted on drug-related charges in Wyoming, according to Massachusetts police.

US jobless claims hit a pandemic low as hiring strengthens

Woman dies after shooting near pharmacy in Roslindale