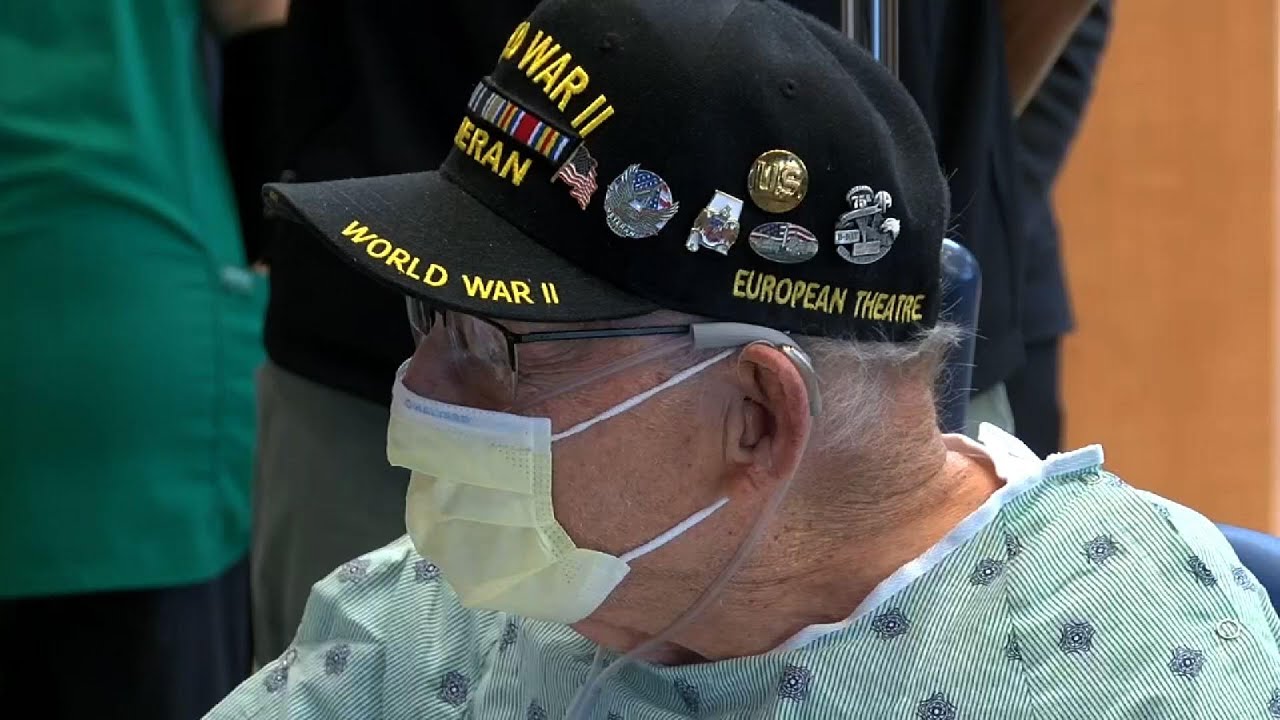 An Alabama man who spent World War II repairing bomb-damaged trains in France has recovered from a fight with COVID-19 just in time to celebrate his 104th birthday.

Holly Wotten MacDonald, Major Wooten’s granddaughter, said she was physically drained and somewhat confused after fighting the new Coronavirus, but it appeared to be improving.

“I am just grateful that they were able to cure it so quickly and were able to test it,” MacDonald said, adding, “It’s amazing that a 104-year-old child survives COVID.”

Madison Hospital shared a video of Wooten wearing a face mask and waving as workers sang “Happy Birthday dear Pop Pop” as he stepped out in a wheelchair decorated with balloons on Tuesday, two days before his actual birthday.

MacDonald said her grandfather, who served as a special first class in the military before moving to a post-war career with US Steel in Birmingham, tested positive for COVID-19 on November 23 after her mother – his daughter – fell ill.

She said he received an injection of a newly approved monoclonal antibody treatment, but was physically drained the next day, and had to be taken to hospital in an ambulance the day before Thanksgiving.

“I don’t know if this drug just started working … but within 24 hours it was better,” she said. MacDonald said Wotten’s blood oxygen levels are now good and his lungs are “as clear as a bell.”

She said her mother had recovered from COVID-19, and so did her sister, who became ill and had to spend a week on a ventilator.

Brushing with COVID-19 has been Wooten’s second major health concern this year.

MacDonald said that in the spring he was hospitalized with serious heart problems and had recovered. Wooten, a major University of Alabama soccer fan, said she received a video phone call from Alabama coach Nick Saban after the fear caught the attention of local news.

She said, “It was on cloud nine after that.” On the occasion of Wooten’s birthday, a company set up a display yard that featured the Alabama athletics logo, cake, candles and a patriotic hat.

7 killed in 20-car pileup in Utah during sandstorm

Deliveroo eyes Spain exit amid legal changes for its workers

Pedestrian injured in hit-and-run on Hwy. 155 in Wofford Heights