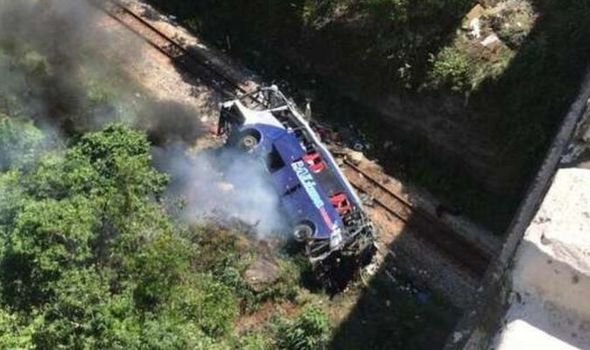 A bus skidded off an overpass in the Brazilian state of Minas Gerais, killing at least 10 people, according to the Twitter account of that state’s Federal Highway Police.

Pictures published by local media showed the bus smoking on its side, over a railway track, after falling 15 meters. The accident occurred near the Piracicaba River.

Police said the death toll had reached 14 and that more than 20 were injured.

Raytown student says she was suspended for reporting racial slur

Shooting of 3 Kansas police officers was not a trap