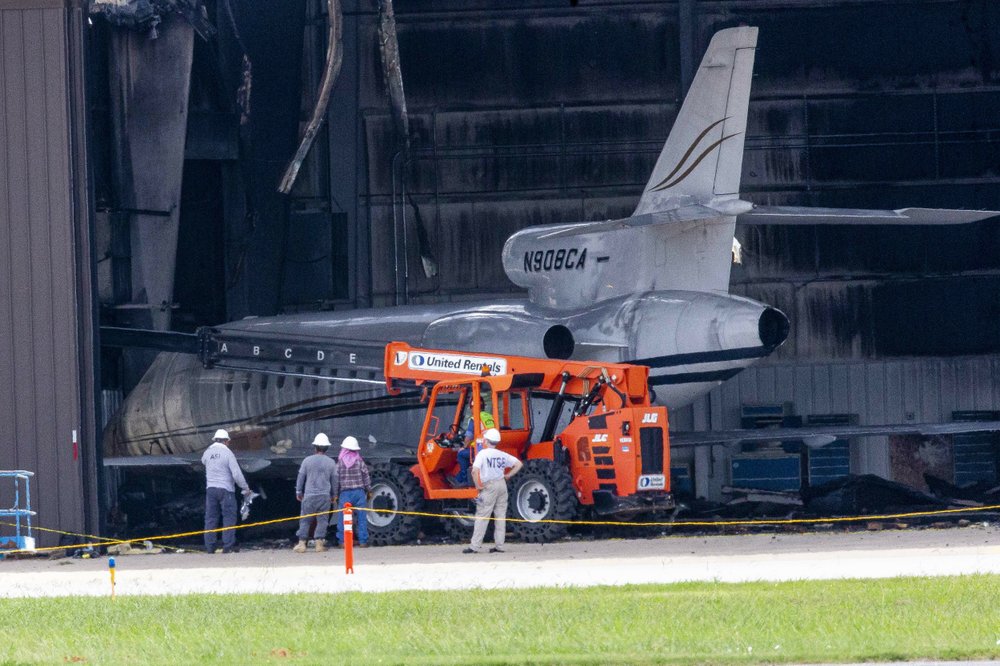 Local officials have released the names of the 10 people killed in a small plane crash at North Dallas Airport.

In a statement on Twitter, Jenkins said the medical examiner’s office had confirmed the deaths of Ornella Eylard, 45, 60-year-old Mary Martha Titus, and 61-year-old John Liu Titus, who had previously been identified by local groups.

Federal officials say the cabin crew discussed the left engine problem before a small plane crashed at a Dallas suburban airport, killing all 10 on board.

Witnesses and authorities said the Beechcraft BE-350 King Air struggled to rise before veering left and crashing into the hangar at Addison Municipal Airport. Two crew members and eight passengers died.

National Transportation Safety Board Vice President Bruce Landsberg said at a press conference that crew discussion was heard in the cockpit voice recorder, which was recovered from the charred debris.

Landsberg says the plane was allowed to take off a minute before registration finished. He says the crew’s comments are “consistent with the confusion” followed by comments about a problem with the left-hand engine.

Two other people have been identified among the 10 who were killed in a small plane crash in a suburb of Dallas Airport.

Jenky Hicks, the Dallas tennis director, said in an email that league director Mary Titus and her husband John were among the eight passengers who died in the plane crash on Sunday morning.

It says five other members of the organization were on board the Beechcraft BE-350 King Air, which crashed moments after takeoff from Addison Municipal Airport.

The plane was supposed to fly to St. Petersburg, Florida.

Eight of the 10 people killed in the fire accident have now been identified.

Witnesses and authorities say the plane struggled to rise before veering into a hangar not far from a crowded commercial strip and densely populated residential neighborhoods.

US mulls COVID vaccine boosters for elderly as early as fall