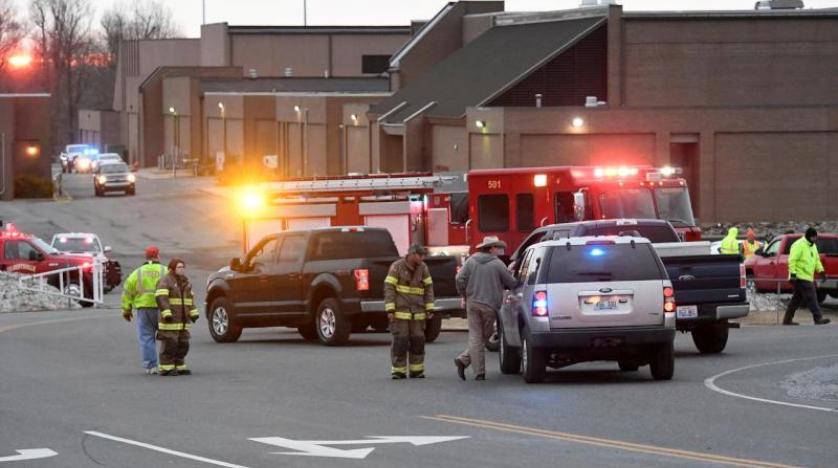 The school shootings are a nightmare for parents, students and teachers alike, and a national scourge that does not seem to have an end, according to a report published by ABC News.

Since the Columbine School massacre in Colorado, USA, in 1999 painted horrific images permanently in the national consciousness two decades ago, the scene has resurfaced again and again. School districts across the country have imposed themselves on this frightening scenario, conducted training exercises, hired armed guards and prepared safety plans to counter these crimes.

According to the FBI, there were 42 shootings in 12 schools between 2000 and 2018 that the bureau defines as “an individual participating in the activity of killing or attempting to kill people in a populated area.” These notable incidents include those that occurred at Sandy Hook High School and a school in Parkland, Florida

Last year, there were more than 24 shooting incidents in different schools, affecting students, teachers and the communities where they occurred

School shootings are just a small portion of firearms crime in the United States; there were more than 185,000 firearm attacks in 2018 alone, according to FBI data. The impact of these operations was “devastating on families, schools and entire societies,” according to the Centers for Disease Control and Prevention

The center said that children subjected to violence could suffer from “a wide range of negative health behaviors and outcomes, including alcohol and drug abuse, suicide, as well as any other physical injuries.”

During the third week of November alone, security officers responded to crimes of this nature on the country’s east and west coasts: in Pleasantville, New Jersey; A 10-year-old child was killed during a soccer game, and in Santa Clarita, California, when a teenager opened fire on classmates, killing two and wounding others at Sagos High School.

With no nationally acceptable definition, it is difficult to sort out what constitutes a shooting in American schools. Ortown, an independent, not-for-profit group that studies gun violence, reported that it monitored 99 incidents of school shooting in 2019 alone, including three suicides and 63 injuries.

ABC News reviewed the database from the “Gun Violence Archives”, and identified the shooting at the school as an accident in which the alleged attacker entered the property of an educational institution, during school hours or during activity within the property, and shot another person.

Based on news reports and data collected, ABC News found 26 such shootings since January, half of which occurred on Fridays. The most violent month was September, with 7 high school shootings reported in Pennsylvania, South Carolina, Texas and Virginia. July was the safest month, according to the report

Of the more than twenty accidents, six were killed and 44 others were injured

The analysis also found that the majority of accidents, 57.6 percent of them, occurred at the end or during sporting events, specifically basketball and football matches.

Plane with 8 aboard crashes off North Carolina 1 body found

A man injected a woman with drugs to disable her and then raped her...