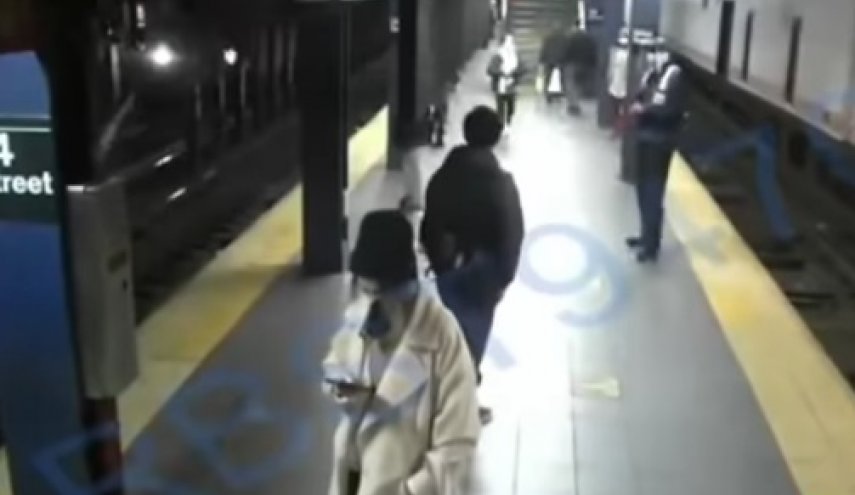 A video clip at a subway station in New York State showed a person pushing a woman towards the high-speed railway, and the train passing over her

And the US authorities in the state reported that a woman from New York City was pushed to a railroad as the train approached, as part of a “terrifying” random attack that was recorded on a security video.

Eyewitnesses and security officials confirmed that, “fortunately,” the woman ended up inside the railway, not over it, and kept her head down while the train was passing, at Union Square Station in Manhattan, which kept her life and safety and sustained minor injuries to her head and body.

New York Police Department Captain Kathleen O’Reilly said it’s very worrying, we saw him (the suspect on the video) waiting, counting when the train was approaching the station.

“She fell, fortunately, between the rolling bed and the bars, and by the grace of God she was slightly injured,” she added.

The accused, who is 24 years old and lives homeless, was arrested and detained on suspicion of attempted murder, reckless endangerment, attempted first-degree assault and second-degree assault according to a criminal complaint filed by Manhattan prosecutors.

De Soto school board votes to make masks mandatory indoors for all students for...

Man rapes and kills a 9-year-old girl in Tampa