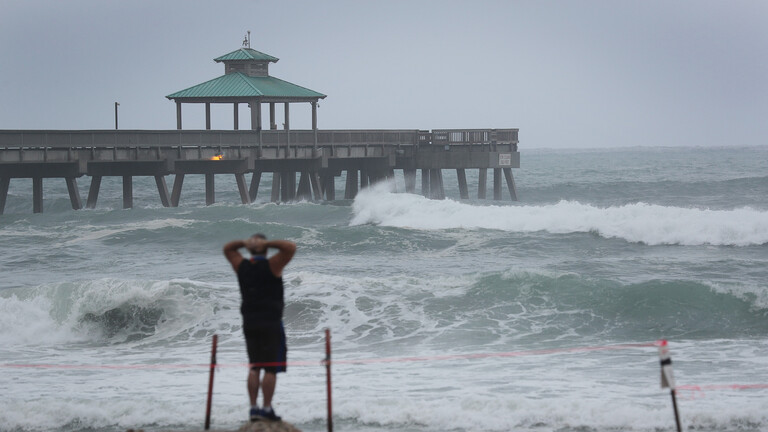 The US National Hurricane Center reports a new tropical storm forming in the Gulf of Mexico off the coast of Florida.

The center confirmed that the maximum speed of the winds accompanying the storm currently reaches 64 km per hour, and that it is moving at 11 km per hour, and expected the storm to increase in strength early next week to become a typhoon.

Hurricanes that struck the United States have killed at least 14 people in Louisiana and Texas after they swept through Haiti, the Dominican Republic and Puerto Rico.

50 people are killed and 53 injured at a Florida nightclub

How you can help storm victims in Louisiana after Hurricane Ida