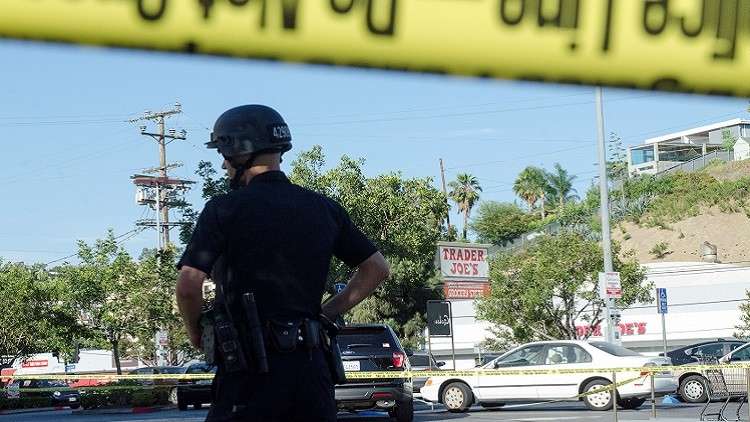 The police authorities announced that a gunman killed a woman who was among dozens of hostages who were held for several hours in a Los Angeles store before he turned himself in to the police.

The man exited with four hostages from the store building after lengthy negotiations with the police, when he was surrounded and searched by the police and led to an ambulance.

It is believed that the man, whose name and motives were not disclosed, sustained a wound in his left hand.

Earlier, scenes filmed from the air showed that the police were evacuating children to safe places through the parking lot, and some hostages leaving the store.

The mayor of Los Angeles told reporters that a woman was killed inside the store, while media sources reported that at least two other people were injured during the accident.

According to the police, a gunman broke into a store of the Trade Joe network and barricaded in it and took an unknown number of hostages while being chased by the police.

And local media reported that this person shot the policemen who were chasing him before entering the store without hitting any of them, while shoppers rushed to take shelter inside the store after hearing the sound of gunfire.

Media reports stated that before the confrontation in the store, the gunman shot his grandmother and girlfriend, then fled in his car.

Some peoples dead in a shootout with gunmen, Florida

US, Pakistani officials in strained talks on Afghanistan

The US court raises the release guarantee for Floyd’s killer to $ 1.25 million