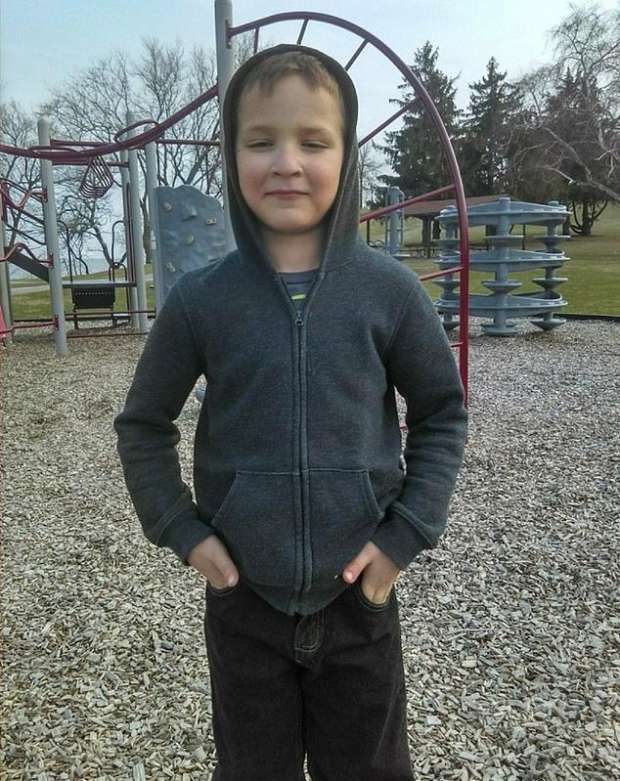 A heinous punishment suffered by a child under the age of 7, from the state of Wisconsin, at the hands of people who are supposed to be “his guardians” and are responsible for providing him with full care, but on the contrary, a family consisting of a father, mother and their teenage son decided to bury the young boy alive under the snow Because of his inability to memorize some of the Bible verses

A child named “Ethan Hochholtz” (7 years old) was killed by an entire family who participated in the torture and burial of him under nearly 20 kilograms of snow without heavy clothes or shoes for two hours, after the little boy was unable to memorize 13 verses of the Bible within a week, according to police investigations That arrested Timothy, Tina Hoskultz and their oldest son, Damien, for first degree murder.

Hypothermia, severe trauma to the head, abdomen, and chest, and broken ribs, the final result of the causes of Ethan’s death, according to the forensic report who performed the autopsy and examined the body,

In the confessions of the defendants, the American teenager, “Damian,” said that he had kicked him 100 times as part of his disciplinary process, before he, with the help of his father Timothy (48 years), made a tomb of snow weighing about 20 kilos above the chest of the little one for two full hours until he died in frozen form.

“Ethan” was under guardianship by “Timothy” and his wife “Tina” (38 years), who was accused by the police of failing to prevent bodily harm and deliberately contributing to the killing of the child,

Two us soldiers shoot in the Bronx in an encounter with a suspect in...