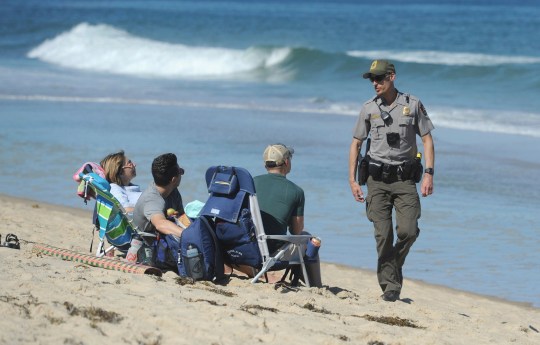 A 26-year-old man is killed in a shark attack off Cape Cod. Police said Arthur Medici, from River, Massachusetts, was bitten in the water around midday yesterday off Newcomb Hollow Beach. Mr Medici, the first man to be killed in the state in more than 80 years, came to America to study at college two years ago.

Mr. Medici was born in Brazil, and his friends described him as “gentle” and “modest”.

Joe Booth, a local fisherman and surfer, said he was at the beach when he saw the man and his friend wearing the dance when the attack happened. He saw a man violently kicking something behind him, a tail flash of water.

Realize what was happening when the friend came to the beach pulling out his injured friend. “I was that guy at the beach and yell,” Shark, shark! “It was like exiting Jaws,” said Mr. Booth. This has turned into Amity Island really quickly here.

He said others on the beach tried to make a tourniquet while others frantically called the emergency services. Cape and Islands County Prosecutor Tara Melitmore said Medici has the man who died. State police spokesman David Procopio said life-saving measures were attempted on the beach before the man was taken to Cape Cod Hospital in Hyannis, where he was pronounced dead.

The last deadly shark attack occurred in Massachusetts in 1936. It was the second shark attack this season after a 61-year-old New York man caught a shark off Truro. Ron Beatty, Barnstable County Commissioner, said: “ I personally believe that responsibility for this horrific attack on sharks rests squarely on the shoulders of the aforementioned officials for their utter lack of interest and no action taken regarding the growing shark problem in Cape Cod in the past few years.