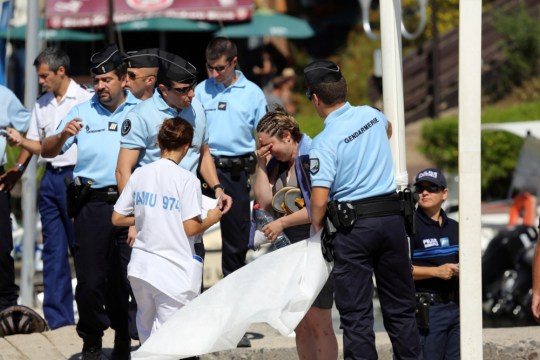 The 36-year-old was attacked twice by a shark while surfing off Brisants de Saint-Gilles Beach in the west of the island in the central Indian Ocean. One of the swimmers noticed blood in the water and alerted rescuers who rescued the victim and brought him back to shore. But authorities said the man – a French citizen from Murtu, eastern France – had lost so much blood through injuries to his arm and thigh that he could not be saved.

His new wife was on the beach when the attack happened and receiving treatment for shock. “The beach is now closed for swimming as everything is going to find the shark. The island’s tourism office said it is still open to sunbathing.

The man became the first person killed by a shark on the island this year, but three people have died in an attack in the past two years. This past summer saw two attacks – one fatal and the other seriously injured – just days apart. Worried surfers blamed a nearby marine nature reserve for the increase in shark attacks and called for it to be closed. About 78 shark attacks were reported worldwide last year, of which eight were fatal.