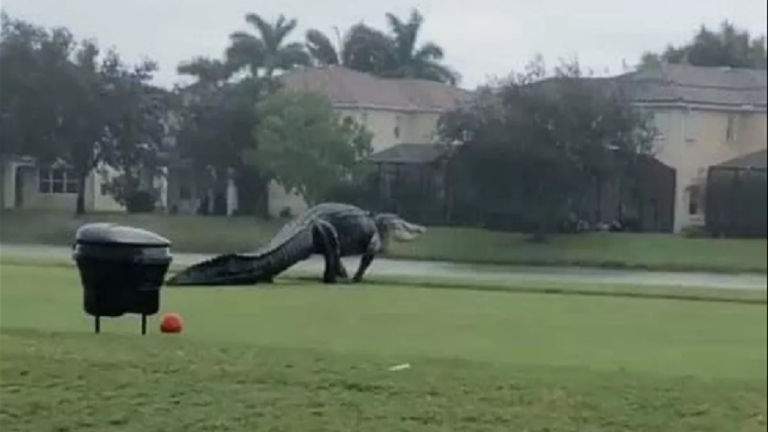 A video clip spread among the pioneers of social networking sites showing a huge crocodile, of exceptional size, in a golf club in Florida.

Although the presence of crocodiles inside golf courses was a common occurrence in the United States of America, the fact that these playgrounds contain fairly wide bodies of water, but the size of the giant crocodile that appeared in Florida was something like it.

The huge crawler was caught at the Valencia Golf Club, while slowly wandering on the lawn, apparently heading towards the small lake within the stadium.

Social media pioneers were impressed by the size of this ferocious animal, and many compared it to “Godzilla” and a dinosaur, and the most popular comments were “As big as a dinosaur!” Godzilla lives in Naples.

The Latest: Australia flies out 26 from Kabul, plans more

A former athlete rescues a toddler from a burning building