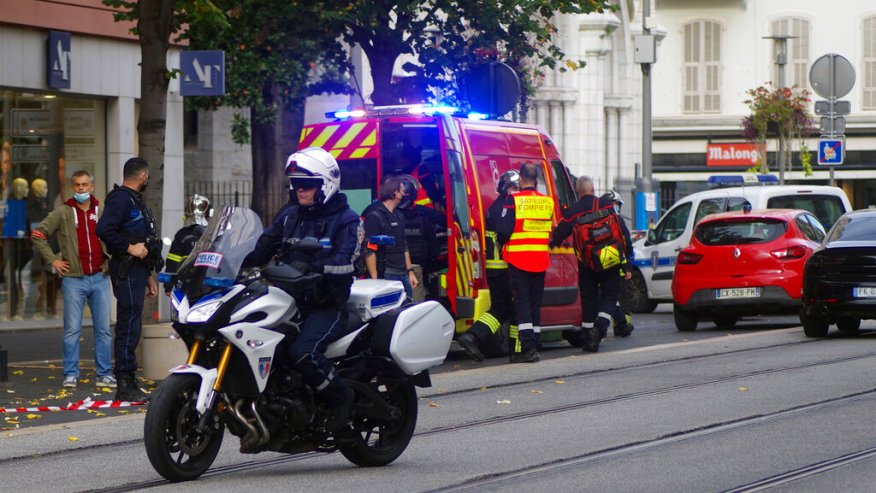 Authorities said an attacker armed with a knife killed three people at a church in the Mediterranean city of Nice. This is the third attack in France in two months.

The attacker was injured by police and taken to hospital after the killings at Notre Dame Church, less than a kilometer (half a mile) from the site in 2016 as another attacker pushed a truck into the Bastille Day crowd, killing dozens.

Two police officials, who have not been authorized to reveal their identities, said that Thursday’s attacker was believed to have been operating alone and that the police were not looking for other attackers.

France’s counterterrorism attorney general’s office has opened an investigation into the killings, which were the third attack since a terrorist trial opened in September 2015 in the satirical newspaper Charlie Hebdo and the kosher store.

“(God is Great!) Cried over and over, even after he was injured,” said Nice Mayor Christian Astruzzi, who told BFM television that three people had died, two of them inside the church and the third who fled but was fatally wounded. “The meaning of his gesture leaves no room for doubt.”

The lower house of parliament suspended debate on France’s new restrictions related to the virus, and a minute of silence was observed Thursday to mourn the victims. The Prime Minister rushed from the hall to a crisis center overseeing the aftermath of the Nice attack. French President Emmanuel Macron flew to Nice later in the day.

Less than two weeks ago, an attacker beheaded a French middle school teacher who had shown cartoons of the Prophet Muhammad in a classroom on freedom of expression. This cartoon was published by Charlie Hebdo and cited by the men who shot it at the newspaper’s opening meeting in 2015.

In September, a man seeking asylum in France attacked pedestrians outside former Charlie Hebdo offices with a butcher’s knife.

Merkel: Rebuilding of flood-hit areas will take a long time