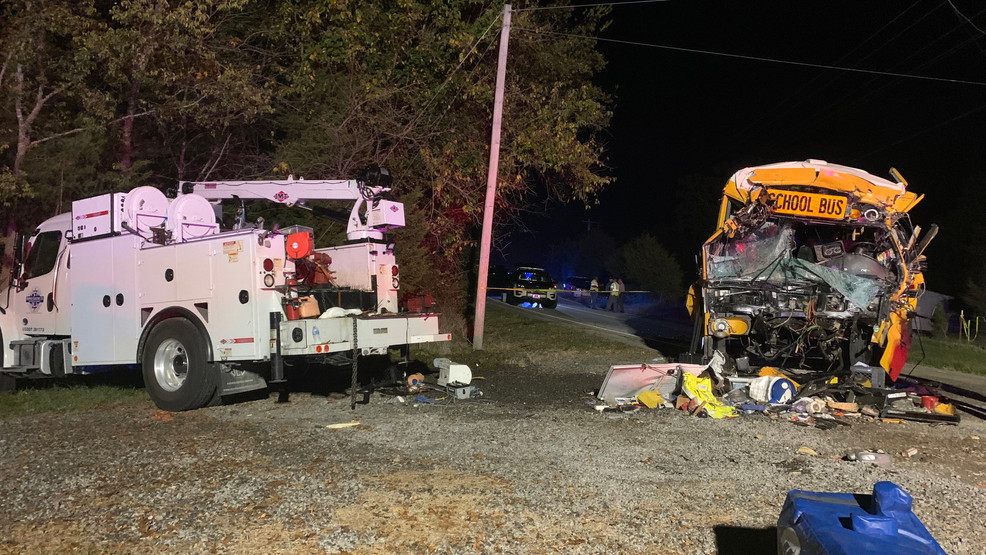 Newschannel9 shared the latest news of the tragic bus accident.

THP later tweeted that Highway 58 reopened more than 7 hours after the accident.

The Tennessee State Highway Patrol shared the tragic news of the death of a school bus driver in Meggs County and a young student in a crash.

During a press conference, Lieutenant Bill Miller said that seven other children had been taken to Erlanger in Chattanooga. Of these, five were airlifted by LifeForce helicopter, at least one of them was in critical condition

The killed student was a 7-year-old girl, but officials have not yet revealed her name or the name of the woman who was driving the bus.

According to Lieutenant Miller, a service electric truck was heading north on Interstate 58 when the driver lost control and made an over-correction, returned to the highway and slid into the oncoming bus lane.

A total of 22 students were on bus No. 12-1 when the accident occurred. Lieutenant Miller said that the utility vehicle driver received minor injuries.

Jackie Milton, Mayor of Meggs County, told the conference that in his time in law enforcement, this was an accident that “really touched home”.

Supervisor Baker says the Department of Mental Health and the Meigs County Crisis Team will be available to assist students, teachers and school bus drivers in the area.

Lt. Miller says traffic deaths are on the rise in a year they shouldn’t be.

US Senator Marsha Blackburn said, “We pray for all those involved and their families. May God take care of these innocent children.”