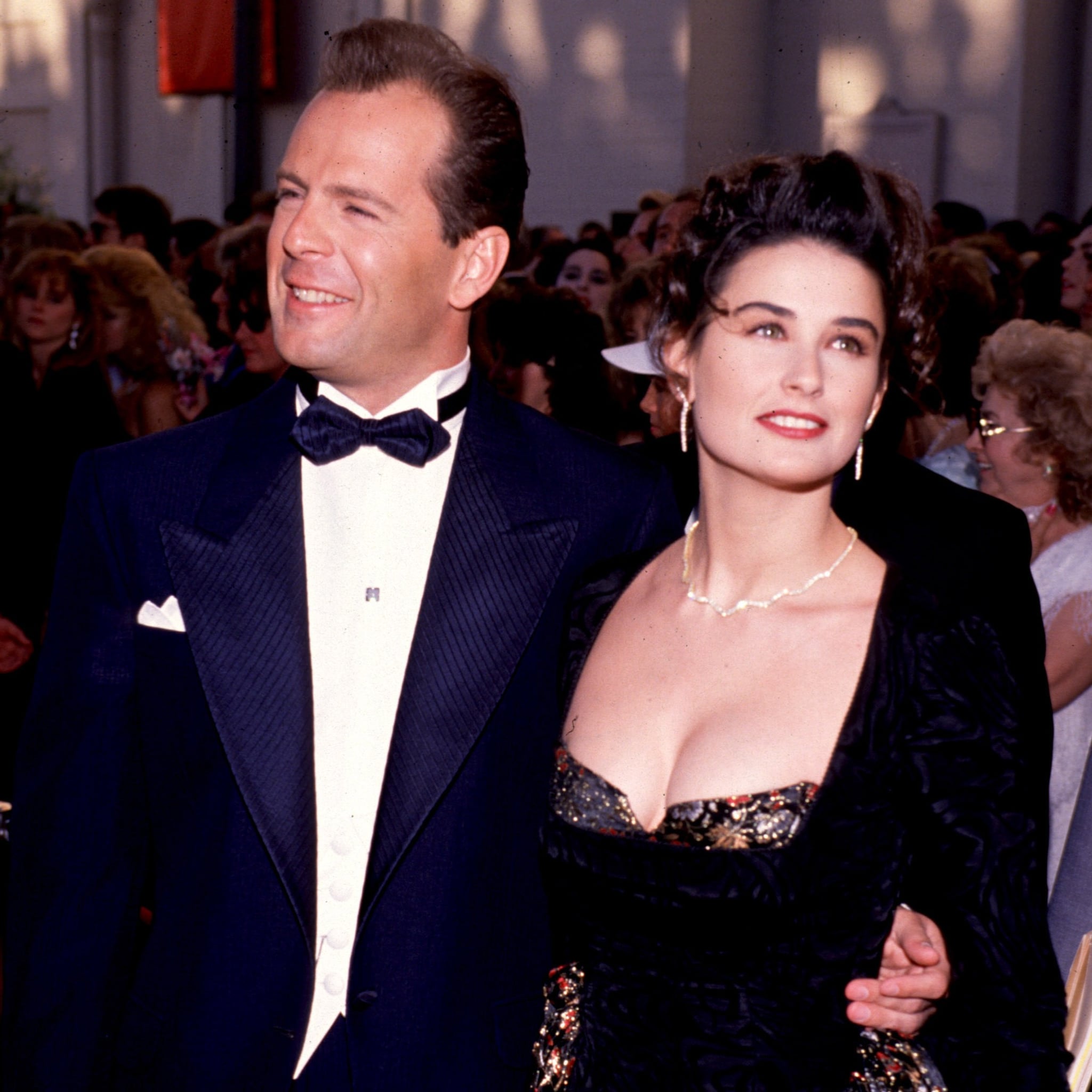 Hollywood actress Demi Moore, 56, said she was raped at the age of 15 in her home by a man who claimed to have paid $ 500 to her mother. Moore provided this information during a frank TV interview to “talk about her new book” Inside Out “which is about her diary.

Moore told presenter Diane Sawyer that she came home to find an elderly man, who knew her mother, who raped her and the man claimed that her mother had received $ 500: “It was rape and devastating betrayal, which culminated when the man asked me how you feel after your mother sold you for $ 500. “

Moore‘s mother was an alcoholic and took her to bars as a teenager. The mother passed away in 1998. When asked if the man had believed the man, Moore said, “Deep in my heart, I don’t think it was a straightforward deal, but I let him hurt me.

Moore was one of the most successful Hollywood actresses in 1990 thanks to her starring roles in films such as Ghost, Indescent Proposal, and View Good Men.

In her book, Moore deals with her memories of her childhood and her mother’s suicide attempts, saying: “I remember using my fingers, the fingers of a little girl, to extract pills that my mother tried to swallow for suicide … This happened many times, my life changed and my childhood ended.”

In her memoirs, Moore also covered her previous battles with drug abuse in the mid-1980s, the collapse of her marriage to Ashton Kutcher, and her weight gain.

She said, “I have loved nine men in my life, and discovered many personal details and mistakes that I overlooked, but I have not betrayed any of them.” This is how the 47-year-old Hollywood star, Demi Moore, admits,

Moore stipulated that the publishing house not delete anything from the details of her mother’s life, “Virginia King,” and their difficult relationship due to the mother’s addiction to alcohol and drugs, until she died in 1998 of a brain tumor.

Moore’s diary contains many details of her private and artistic life and the scenes of her many emotional relationships, including her three marriages, and it begins since her childhood and explains that her real name, “Demetria Jaynes”, was born on November 11, 1962 in “Roswell”, New Mexico, USA. She suffered from a troubled childhood. She lived with her half-brother, mother, and stepfather, and before she reached her teens, she moved out of her home no less than 30 times, because of her stepfather’s work as a traveling newspaper seller, and Demetria was not aware that her mother’s husband was not her real father until he committed suicide at her age. 15 years old, to learn that her real father did not live with her mother for only a few months, and he was addicted to alcohol as well, and here her life increased in turmoil and complexity, to leave school and work as a “model” for advertisements and magazines.

The unfortunate life that Demi Moore lived had greatly affected her outlook on things, so she wanted to change her life, and marriage was the beginning of the upheaval in her life, as she says in her memoirs, where she married the rock singer “Freddy Moore” for nearly five years, and she took the name from him His family, “Moore”, to become “Demi Moore”, then they separated and after a while she got married to the star “Bruce Willis” in 1978, to have three daughters from him, then separated from him, and after that she married the 32-year-old actor “Ashton Kutcher”

Moore talks in detail about her three marriages in her memoirs. As for her first husband Freddy Moore, it was the beginning of a stable and carefree family life early. When she was eighteen, she met Freddy in 1980 and flew in admiration for his cheerful personality. This marriage lasted for 4 years during which Demi witnessed many changes. In her life, during these years, Demi Moore made her first step in the world of acting, specifically in 1982 when she was assigned one of the roles in a television series entitled “The Main Hospital,” but despite Demi Moore’s marriage and obtaining a stable role and high pay, she did not feel the stability and security that she sought. For her life, and her husband had the lion’s share in that, as he was her guide to the tumultuous life of Hollywood, and the star Demi Moore spent her money in partying and in drug abuse, which she turned to, perhaps as a way to forget her painful life, and Demi Moore says: «I think I got involved in I used drugs because I was young and did not have confidence in how to deal with this fame that suddenly rushed towards me. ”

As for her second husband Bruce, Demi Moore says of him, “He affected a lot in her life because she lived with him for 13 years,

From 1987 to 2000, he was her boyfriend until this moment. She also gave birth to her three daughters, “Rumer”, “Scott” and “Talula”. Moore says of Bruce: “Our marriage was controversial in the American media, after a violent love story. I met him by chance while filming a movie with my ex-fiancé, actor” Emilio Estevez, “with whom I had a romance for three years, but our story did not end with marriage, but it was a reason. In getting to know Bruce, that American of German origin who is proud of his personality and wonderful body .. I learned that he was miserable after our separation and refused to engage in any emotional relationship for a while .. How affected I was that ».

As for Kutcher, Moore mentioned in her diaries that she was very happy with him despite the age difference between them, as she is 15 years older than him, and says that she had never considered marrying a man younger than her, but he was a great father to her three daughters who lived with her in the same house, and she was related to him despite His admission to her that he was a womanizer.

The notes reveal the hidden side in Demi Moore’s life, which is that she had a relationship with nine men between her three marriages, including 6 artists: “Leonardo DiCaprio”, “Owen Wilson”, “Colin Farrell”, “John Stamos” and “Emilio Stevis” “Toby Maguire” as well as the singer “Anthony Kids” and “Oliver Tecombe”, a martial arts coach, and “Jack Ozzary”, the commercial partner of the world star Madonna.

Moore asserts that she did not have any emotional relationship before her marriage with “Freddy Moore”, but after their divorce, she became associated with Stamos and then Stevie, and after that she married “Bruce” to have her three daughters and then separated from him to be related to the rest of the mentioned, to finally settle with Kutcher.

In her memoirs, she also denies her embrace of the ultra-Orthodox “Kabbalah” doctrine, noting that she considers “Madonna” her artistic and not ideological role model. In the memoirs, Moore denied her embrace of this doctrine. Despite her daughter Scott’s assurances that her mother is constantly moving from one religion to another, but when she studied the Jewish “Kabbalah” doctrine, she was impressed with it and she and Kutcher embraced it.

She also denies in the notes “betrayal” of any of her three husbands at any time, stressing her complete loyalty to every man who was his wife.

There is an interesting story Moore talks about in her memoirs, which is how she ignored the friend request of Sarah Brown, the wife of former British Prime Minister Gordon Brown, on the famous Twitter site, while she was interested in the messages of a poor American woman who sent her her desire to commit suicide because her children did not ask about her in the nursing home, So Moore reported to the police, and she personally went to that woman and took care of her and carried beautiful gifts and flowers for her.

6 people killed in a small plane crash in Texas