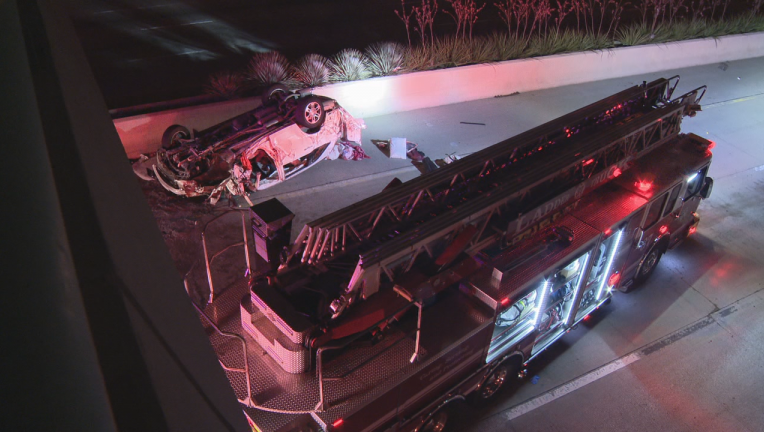 A man is killed when his SUV crashes into the rear of 18 wheels in North Dallas.

Police said the man was speeding and was entering and exiting traffic on the Central Highway near Park Lane around 10:30 pm.

He lost control, rolled over and ran into the back of the truck.

The man died in his forties at the scene. The ban on his name has not been lifted yet.

No one else was injured.

TX. My mom and two little daughters are found dead in parked SUVs after...