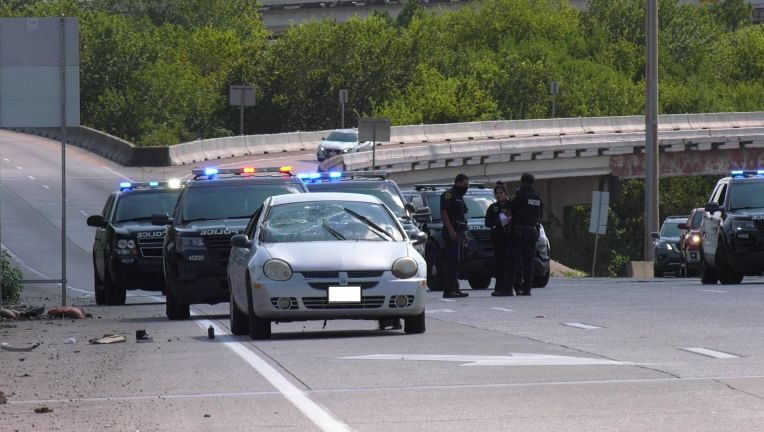 A person died after a shootout on the Houston Highway.

The shooting occurred shortly after 1:45 pm. On block 1100 from E. Loop south, near the Ship Channel.

Police said a Dodge Neon was reportedly shot at and at least one person was shot in the vehicle.

The authorities said that the victim was taken to hospital by ambulance and later declared dead.

Police said that another person might have been inside the car at the time of the shooting.

Police said an investigation revealed that two vehicles got into a shootout on Highway 225.

Authorities stated that one vehicle had stopped at the site and the other vehicle had fled the scene.

It is not clear what triggered the shooting.

Gardner motorcyclist killed in Fort Scott crash on US 69

Two people were killed and one was wounded by gunfire in the new town...