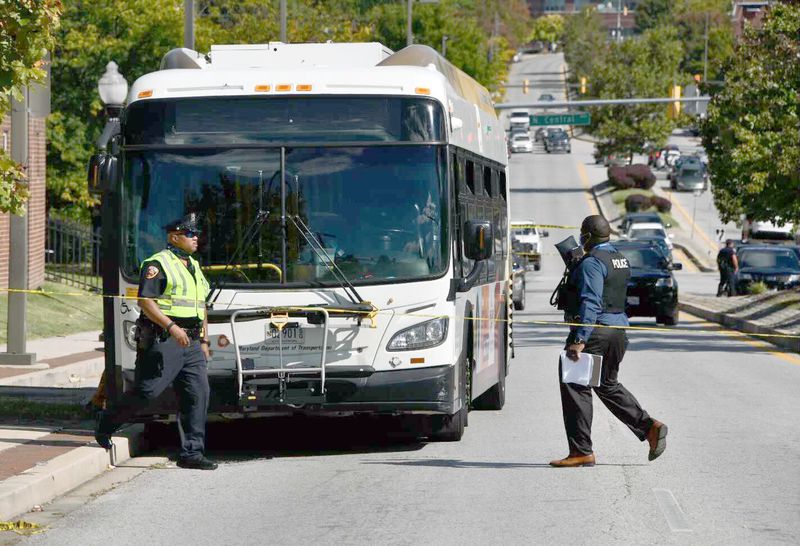 olice searches for the suspect in the fatal shooting of a bus driver in southeast Baltimore.

An officer was on patrol in the 1200 district of East Fayette Street at around 10:32 a.m. when he heard gunshots. The officers ran to the area where he believed gunfire was running and chased the suspect. However, the suspect managed to escape from the police.

When the officer returned to the scene, he found a 51-year-old bus driver with gunshot wounds. Medics announced his death at the scene.

The MTA Maryland identified the bus driver as Marcus Parks.

Transportation Minister Greg Slater said in a statement that it is “extremely sad and troubled” and that parks and all bus operators “are critical to providing essential travel during this pandemic.”

“The safety of our employees and our passengers is MDOT MTA’s top priority. We are deeply saddened by the tragic loss of one of our family members, bus operator Marcus Parks. As an employee for 20 years, Mr. Parks has been a true front-line hero transporting essential workers during the COVID-19 health emergency. MDOT MTA is forever grateful for his commitment to the residents of Baltimore.Kevin Quinn, MDOT MTA Director, said our thoughts and prayers are with his family at his most difficult times.

Investigators investigating the shooting learned that the victim and the suspect were fighting when the suspect pulled out the gun and shot the bus driver.